MMT: A Free Lunch? Or A Stale, Old Lunch In A Shiny New Lunchbox? (Part I)

MMT: A Free Lunch? Or A Stale, Old Lunch In A Shiny New Lunchbox? (Part I) 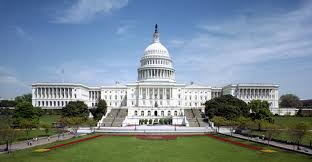 With government deficits exploding around the world as economic officials seek to counter the various demand and supply shocks associated with the Covid-19 scare, Modern Monetary Theory (MMT) has become the favourite in the latest beauty contest of economic theories being offered up to justify yet another round of expansionary policies. Stephanie Kelton, economic advisor to Bernie Sanders, keeps the MMT debate alive with her new book, The Deficit Myth, and last year’s prominent textbook by Mitchell, Randall Wray and Watts challenged mainstream assumptions on economic theory.

Though it started with bitcoin back in 2009, interest in digital cryptocurrencies really began to take off in 2014 as the blockchain technology and topic in general entered the mainstream financial press. By 2016, new coins were springing up regularly, each purporting to have its own share of niche, unique or in some cases more universal benefits. The initial coin offering (ICO) boom soon went into high gear, drawing the attention of many speculators and, following closely behind, regulators.

As the craze continued, there were occasional reports of frauds of various kinds. Coins would get lost on exchanges; proceeds from ICOs would mysteriously disappear, as would their principals; coins supposedly backed by something tangible were discovered to be backed by nothing but pure hype. But as the mania gradually subsided, it did serve a useful purpose: educating a huge number of both experienced and inexperienced investors in the underlying technology of blockchain. It also demonstrated that, through the years, the original cryptocurrency, bitcoin, had established a substantial first-mover advantage in the sector.

The US Presidential Election: The Possible Outcomes and Their Market Implications (3 min read)

By George Goncalves | Oct 29, 2020
Summary With the US economic recovery losing…

Digital Money: Why, When, And What It Could Mean (8 min read)

By Sam van de Schootbrugge | Oct 28, 2020
Introduction The transition to digital money is…