Macro Hive Podcast Playlist: What Currencies Will Move the Most in 2020? & 5 Podcasts To Listen To


I’ve written an Exclusive piece on what research analysts are forecasting in currencies for 2020. Shockingly, they don’t have any strong views on the dollar against the majors. But they do have some views on EM. As mentioned in earlier emails, we’ve now launched a paywall for these types of pieces. You can get a special discount using this code: “HIVEMEMBER10”. Also, part of the subscription goes to our Charity of the Year, WaterAid.

In terms of podcast playlist, we feature five. First up we have Deutsche Bank’s former chief economist Thomas Mayer on how to deal with the institutional weakness of the euro. He favours a digital euro. Sticking with Europe, we feature a podcast on Germany’s transition to clean energy.

On markets, Santiago capital founder Brent Johnson discusses his positive view on US equities, and his expectation of a major correction lower in gold.  On emerging markets, GAM’s Paul McNamara discusses the recent stress in several EM economies.

Finally, we feature a fascinating podcast with trend expert Marian Salzman on her predictions for the coming year. Differentiation of friends, family and followers in a digitally-dominated world is her big view.

Which Currencies Are Expected To Gain The Most In 2020? (2 min read) Looking at the consensus of FX analysts, the biggest gains* in the G10 against the dollar are expected to be the Norwegian krone (+3%) and the pound (+2%), while the biggest losses are expected for the New Zealand dollar (-3%) and Swiss franc (-2%). Both the euro and the yen are expected to eke out small gains against the dollar (Chart 1). None of these moves are even half of the typical volatility of these currencies – so for most of the G10, analysts do not hold strong views.

• Mayer reminds us that the euro was a political decision. The economic benefits such as elimination of exchange costs were more of an added benefit. 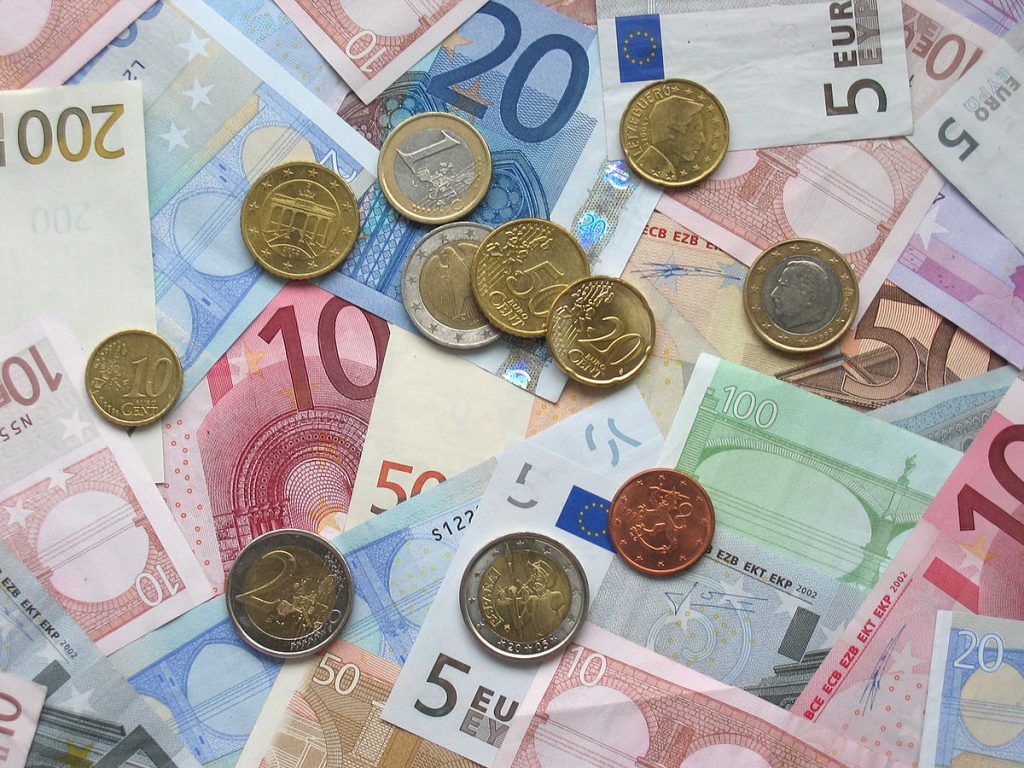 • He explores the failure to address the cultural divide across the euro area in the formation of the union. Northern European are heavily rules-based society with a focus on price stability. Southern Europe is more focused on bigger governments to use money as means to reach economic objectives.

• Mayer suggests one way to overcome the difference between a cash union (e.g. the euro) and banking union (e.g. the US dollar) is for the ECB to back every euro in every bank in the euro area, on a one-to-one basis. The introduction of a digital euro could exist without a state guarantee.

• In the next recession, banks will face huge stress due to high levels of debt. People will lean into stronger currencies (e.g. US dollar) or gold. Features of the Greek crisis may be repeated across multiple European counties. 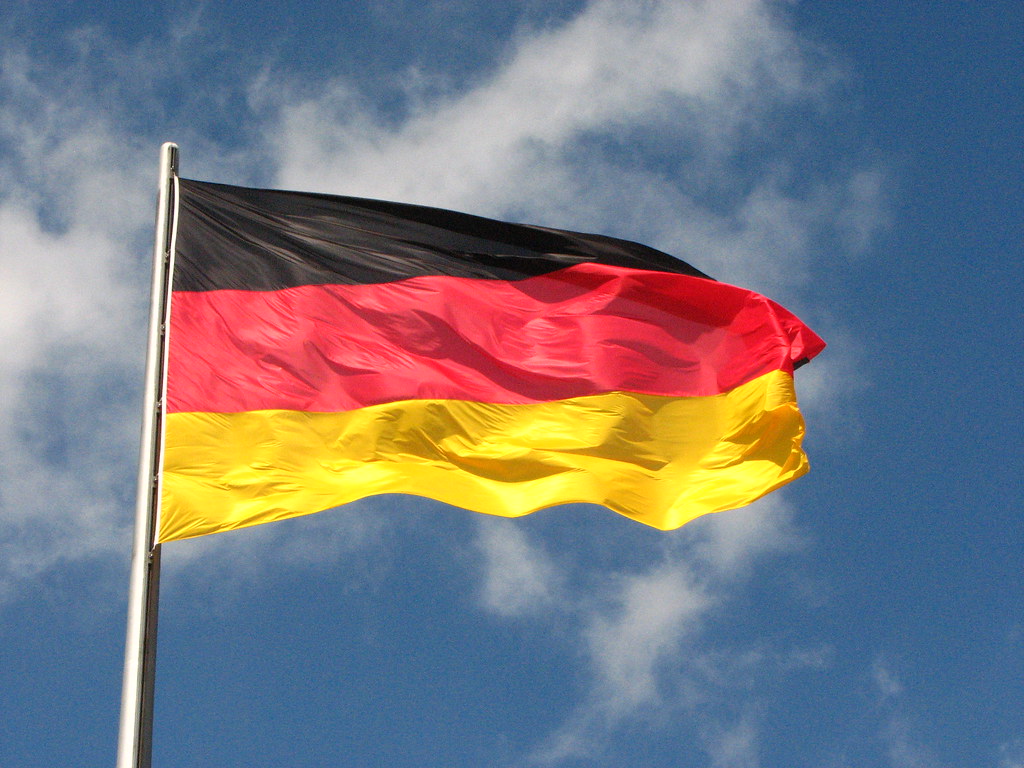 Germany’s Energy Transition (BBC Radio – World of Business, 26 min listen) Germany has long been considered a leader in renewable energy – a model for others to follow its subsidies for wind and solar power. Caroline Bayley from the BBC explores the country’s energy transition trend.

• She visits Industrial Ruhr region with its enormous open cast mine, as well as Steinfurt, a rural area with community renewable energy schemes. And finally, a former coal town of Bottrop which is undergoing its own energy transition:

• Bayley observes the open cast mine and reflects on Germany’s target to end coal by 2038 (30% of energy is supplied by coal). The mine’s owner, RWE, faces ongoing protests and there are demands for the mine to close earlier.

• According to RWE, phasing out conventional means of energy supply is difficult due to variability in renewable energy and the phasing out of nuclear.

• A lack of research and development is a major hurdle. Need for grid enlargements and giant batteries as storage facilities is the way towards clean electric future.

• She visits a town called Bottrop where locals have taken up responsibility and invested in renewable energy (wind turbines). The city has now become a blueprint for others and recognised by the title as “Innovation City”.

• Germany’s current targets of coal reduction haven’t been achieved but the country is attempting to achieve the 55% reduction in by 2030.

• A recent parliamentary ruling states new wind turbines must be built at least 1000 km from a built-up area. A built-up area can be as small as 5 houses.

• The renewable sector is facing a significant slowdown. In 2016 over 4k wind turbines were built, last year around 500 wind turbines.

• Germany’s energy policy will also be hugely important for the auto industry.

• Johnson argues that this year, short dollar is a consensus trade and data point to the dollar heading higher in next 2-3 years.

• The dollar should have weakened on 2019 events such as the impeachment of the US president, the trade war, fed pivot to 3 rate cuts. Yet, the dollar stayed flat showing its resilience. 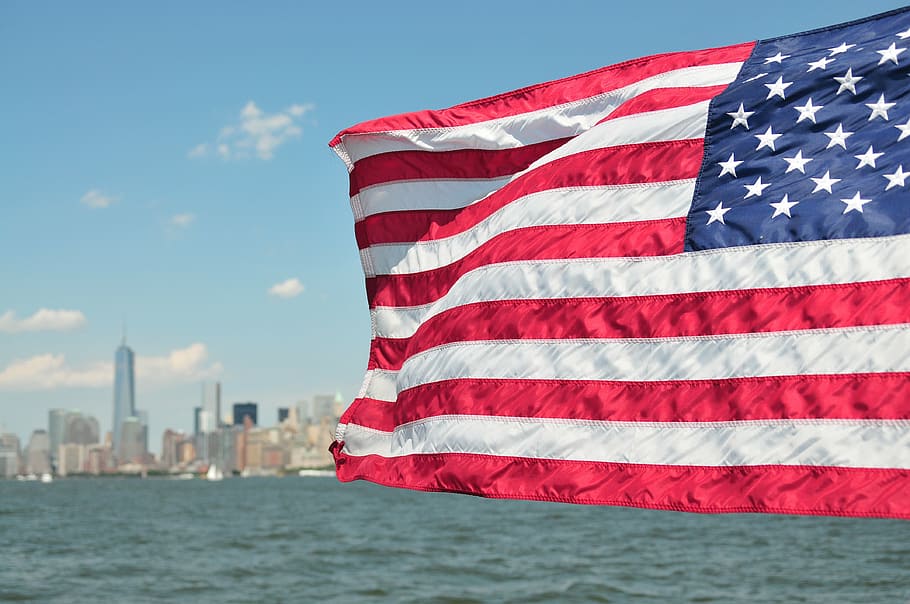 • Johnson has been bullish US equities since . He maintains an unconventional reason for the rise of US equities. He believes the global financial system is weak, and global capital is flowing to the US amidst investor concerns about the system.

• Despite the S&P rising more than he expected in 2019, he still is targeting 4,000 in the S&P (20% higher than current levels. But the next couple of months could be volatile so he recommends hedging

• Johnson maintains his strong conviction of gold reaching $5,000. In the short term, however he states that gold is overbought and will fall back to $1,350 level.

Why does this matter? Johnson remains bullish on US equities and doesn’t not think we are at an inflection point yet. His argument that global investors are flocking to US equities is validated by flow data in our opinion, so we’d question his rationale. Nevertheless, the US tech sector and the strength of the US economy could be enough for additional US gains. He is bearish on gold short term but if you don’t own gold now is as good a time as any to own it. 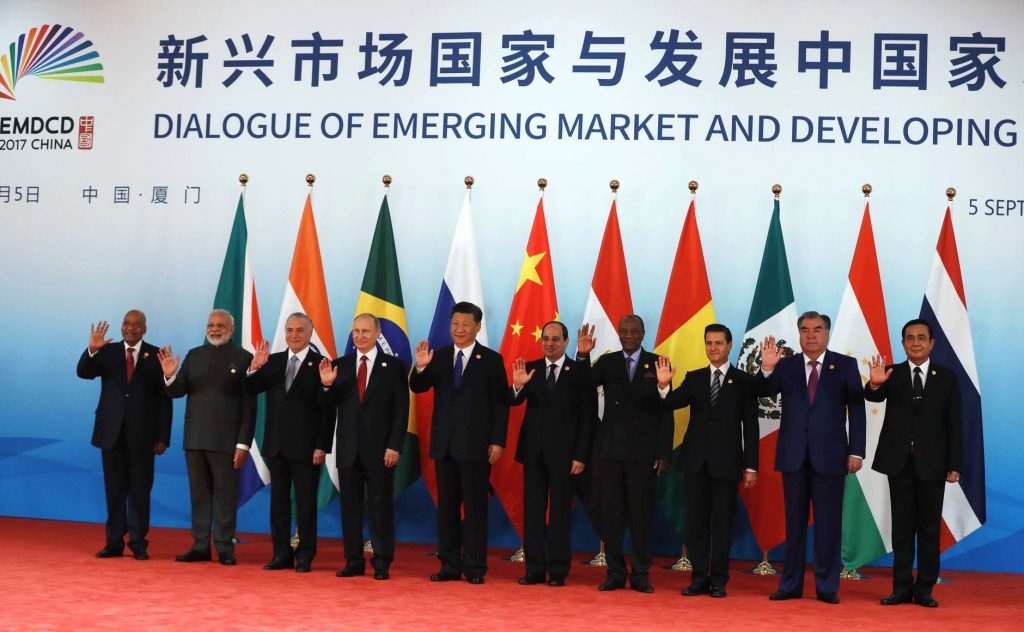 Why So Many Emerging Markets Are Blowing Up Right Now (Bloomberg Markets Odd lots, 32 min listen) Paul McNamara, a veteran fund manager at GAM Investments, has a depth of experience on how these situations playout from a sovereign bond perspective.

• Lebanon has run sizeable macro imbalances for years. While current account deficits of 6% to 7% are often deemed unsustainable, Lebanon runs a deficit of around 25%, while public debt-to-GDP stands at around 150%, exorbitant for any EM.

• Lebanon offers dollar yields of 9-10% compared to 2-3% elsewhere, attracting dollars and helping the central bank to maintain the 20-year currency peg to the US dollar.

• A full-blown crisis can be only avoided if Lebanon seeks sponsorship from Saudi Arabia or Iran. Any IMF package would require Lebanon to address underlying imbalances.

• Currency devaluation is essentially seen as a way of debt restructuring, halving the value from current levels is highly plausible, still debt is not trading as distressed levels.

• Yields in high teens makes it is very expensive not to be invested, or to be short. And for now, Lebanon has sufficient FX reserves to postpone default for a year or more.

• Investor horizons for sovereign debt is lot shorter than it takes for country to go bankrupt according to McNamara. Hence Argentina, despite having defaulted multiple times still has high international demand for its debt.

• Last year was good year for global assets despite the ongoing trade tensions. protests and social unrest. Another year of social unrest would be seen as systematic and troubling. While the protests have multiple causes, each is inextricably tied to economic decisions.

• McNamara proposes options that could help to ease the turbulence in parts of EM and key things to look out for.

• Salzman discusses the importance of physical interaction, e.g. face to face communication in the age where electronic communication increasingly dominates. She stresses we tend to make many “friends” via social media but have very few intimate relationships.

• She presents a series of solutions to overcome lack of physical interaction. Firstly, we have to differentiate between our friends, family and followers. Secondly, seek for simplicity.

• A second major trend – the “plant to plate” movement is discussed. People want to know the right information about their meat/food and believe plant-based food is better for ourselves and the planet. We will, however, see a reversal once the source of meat and other information around it becomes standard. The clean food movement may not necessarily last while the vegan trend will continue.

• Finally, Salzman discusses the trend in the youth movement, which initially seemed to be led by Greta but proposes its first initiator was Malala. The movement has elements of previous upheavals but has a fresh feel where the youth are standing up to the authorities to call for change.

Salzman has a brilliant knack for spotting trends before they go mainstream. Ever more alternative data points are easily accessible and spotting these trends is now an absolute source of competitive advantage.