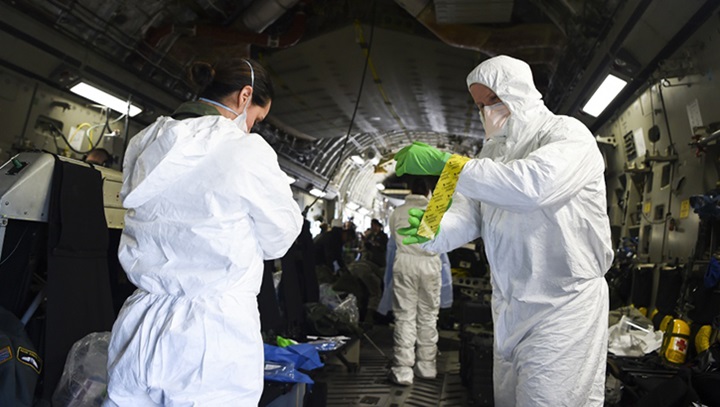 In the DM world, we see another day without major changes in cases. Denmark even recorded another 1% drop in cases. On deaths, numbers are on the low side as well. Japan recorded a 3% increase, at the same time as it started to reopen most areas apart from Tokyo and Osaka. It is followed by France and Canada which recorded 2%.

The EM world sees slightly bigger numbers in both categories. On cases, we have South Africa in today’s pole position with an 8% increase, casting doubts on President Ramaphosa’s restrictions easing announcement. Nigeria recorded 6% and is just one of the major African hotspots. India also registered 6% increase over the weekend (4987 new cases), which led to a two-week extension of its strict lockdown. Saudi Arabia comes next at 5%. On deaths, we have Chile in today’s pole position, which is not a surprise given the recent Santiago quarantine order. India, Indonesia, and Pakistan come next with a 5% each, while Brazil recorded only 3%. The latter country is considered Latam’s hardest hit economy, suffering also from ongoing political clashes.

○ In DM, Sweden, Canada, US, and Greece deepen into the peak wave quadrant, while Japan is heading towards the post-peak quadrant, where it joins Germany. Declining wave contenders are New Zeeland, Norway, Iceland, Australia, Switzerland, and Italy.

○ In EM, the large clustering at the top end of the peak wave prevails. At its core, the cluster contains major Latam, Asian, and EMEA economies. While last week they enjoyed a post-peak status, Turkey, Hungary, and Czech Republic are now quickly transitioning back to peak wave and we will monitor their evolution in the next days. Taiwan tops the declining wave with the lowest possible value, followed by China, Hong Kong, Thailand, and South Korea. Iran maintains its new wave status.

○ In DM, we see Greece as a new peak wave country. Sweden and Austria are found in the new wave quadrant. Portugal and France are today’s post-peak contenders while all other countries are in the declining wave.

○ In EM, the situation is diverse as usual. Chile strongly leads today’s peak wave quadrant, followed at a distance by Indonesia, Mexico, and Egypt. We have a few countries in the new wave category, including South Africa, Argentina, and the UAE. There is currently no country in the post-peak wave while the declining wave has Hungary and Israel as top contenders. 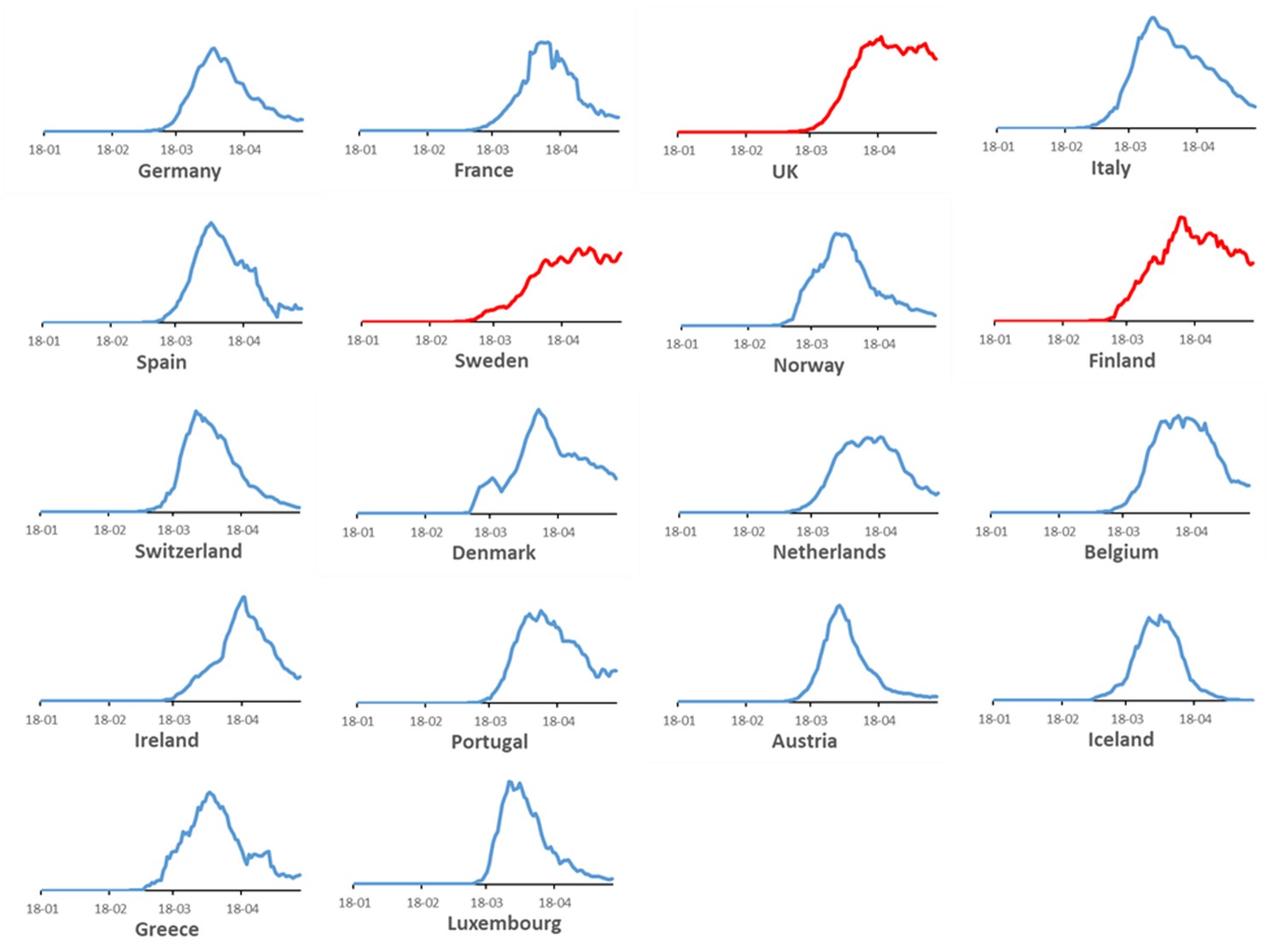 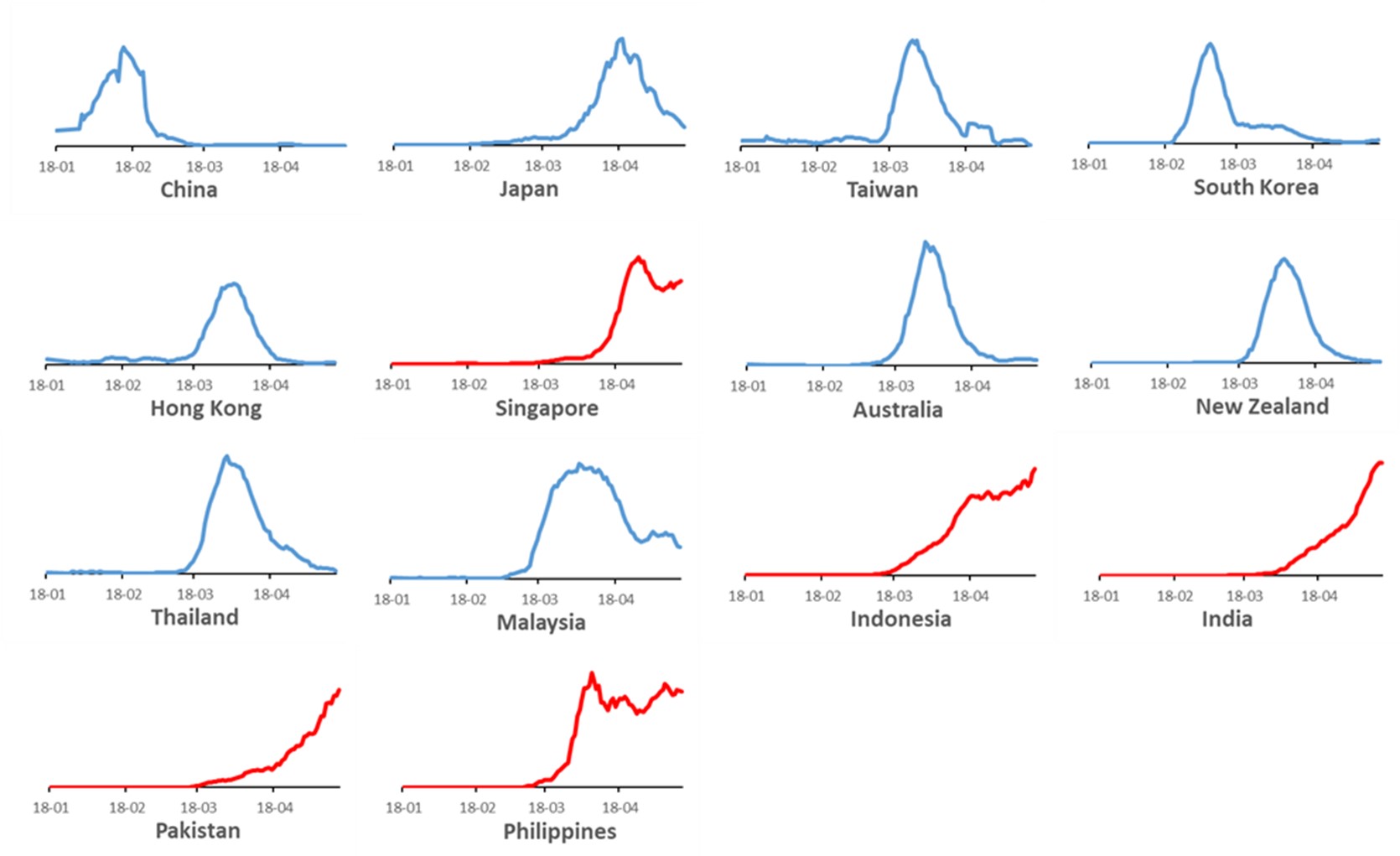 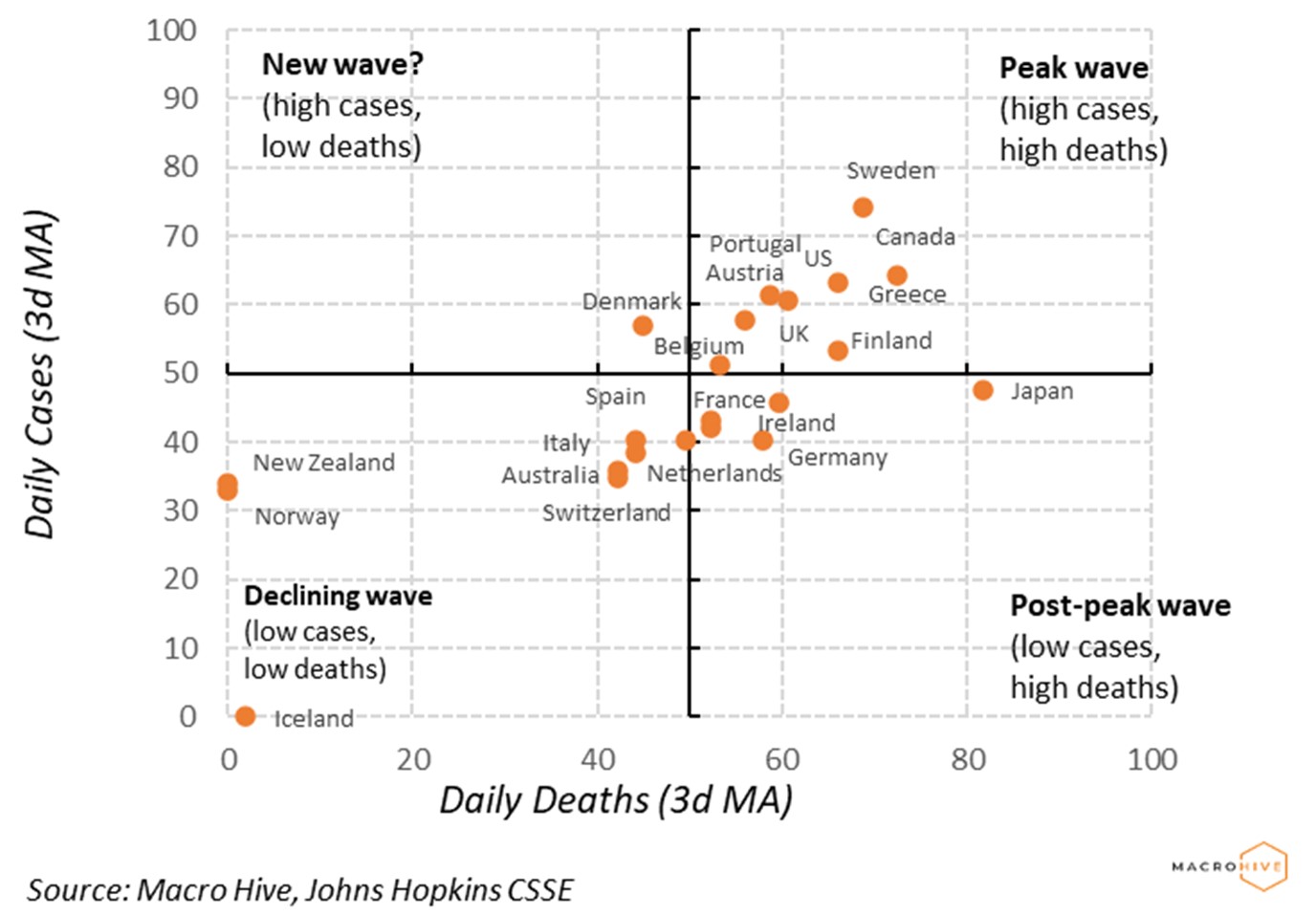 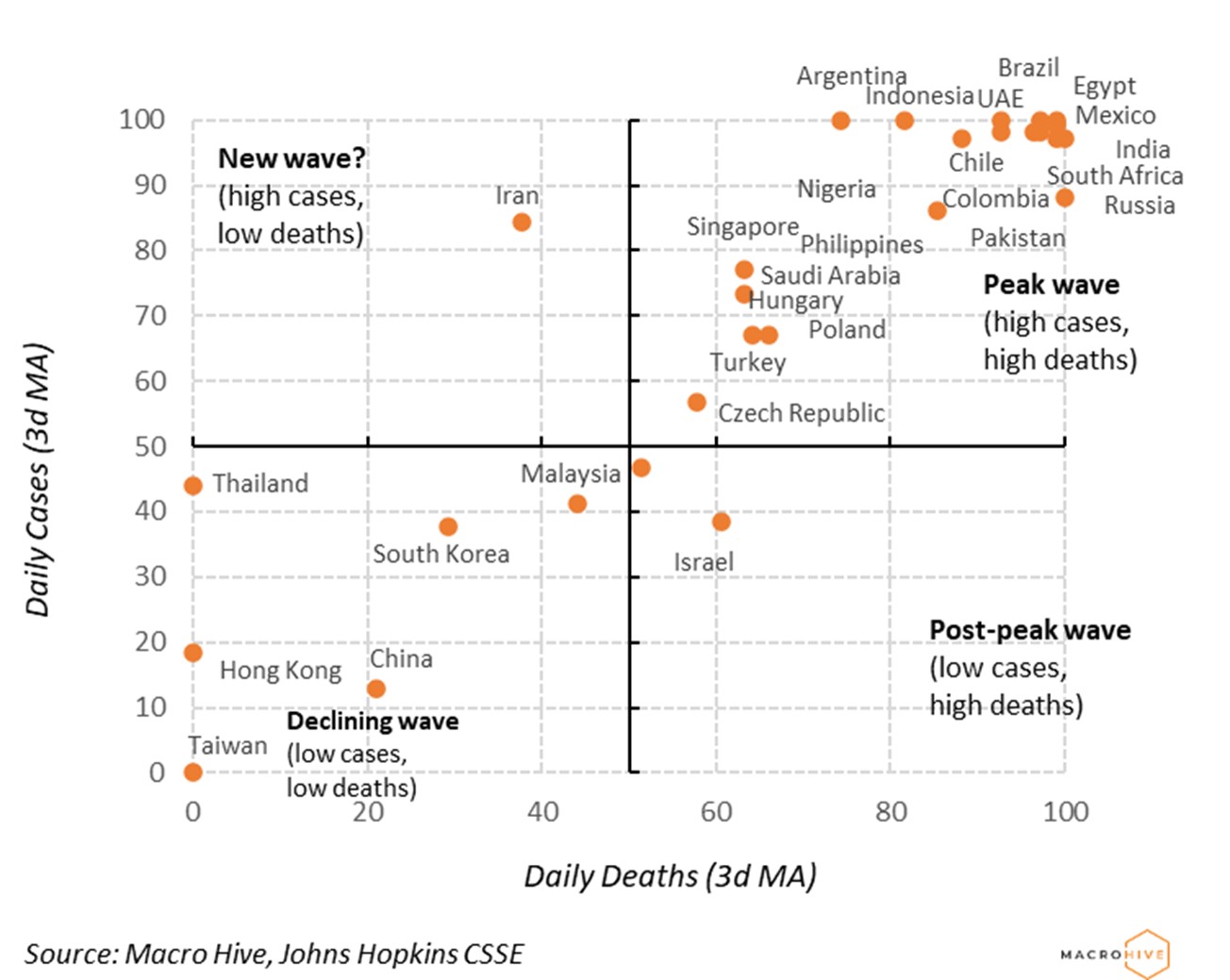 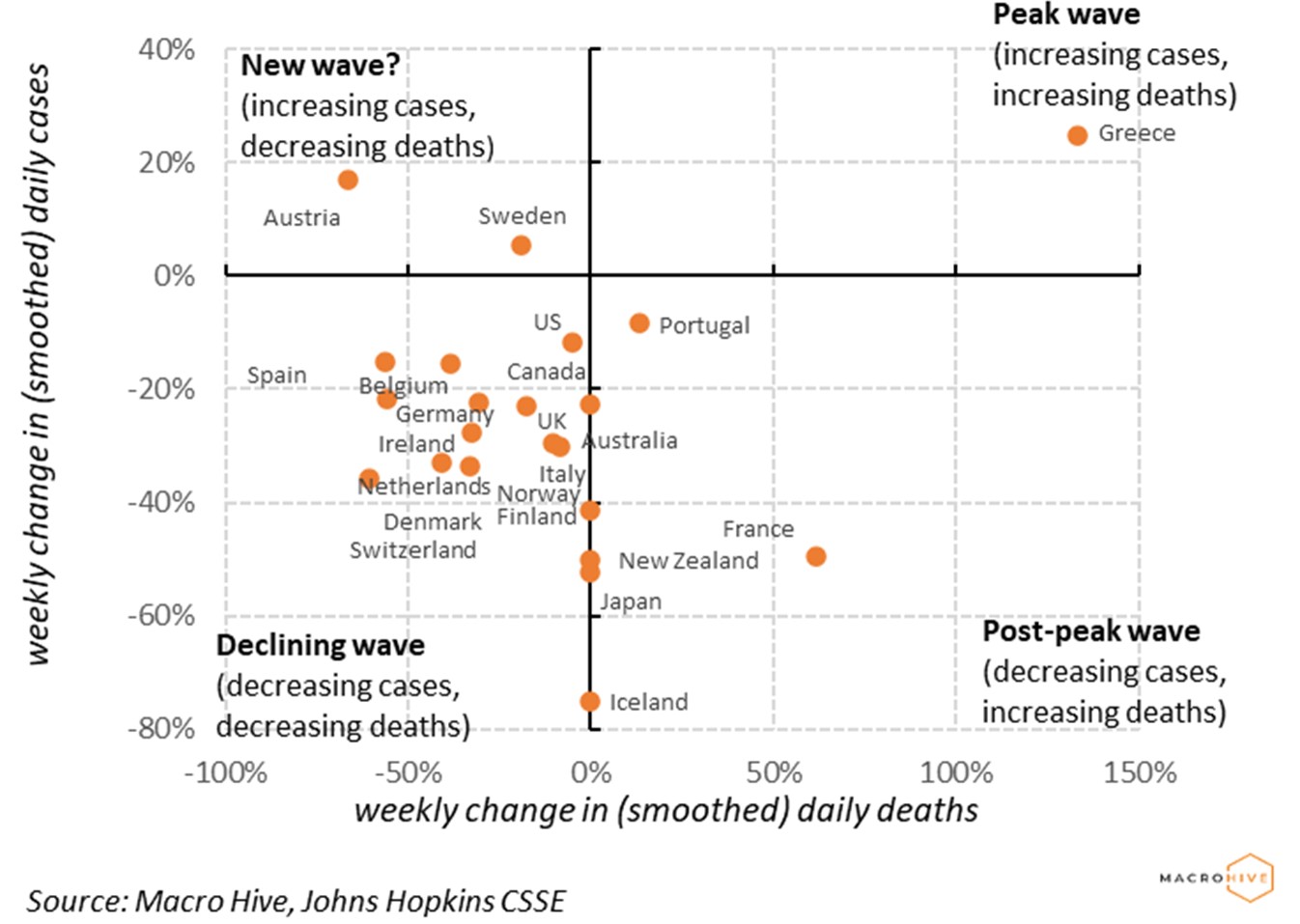 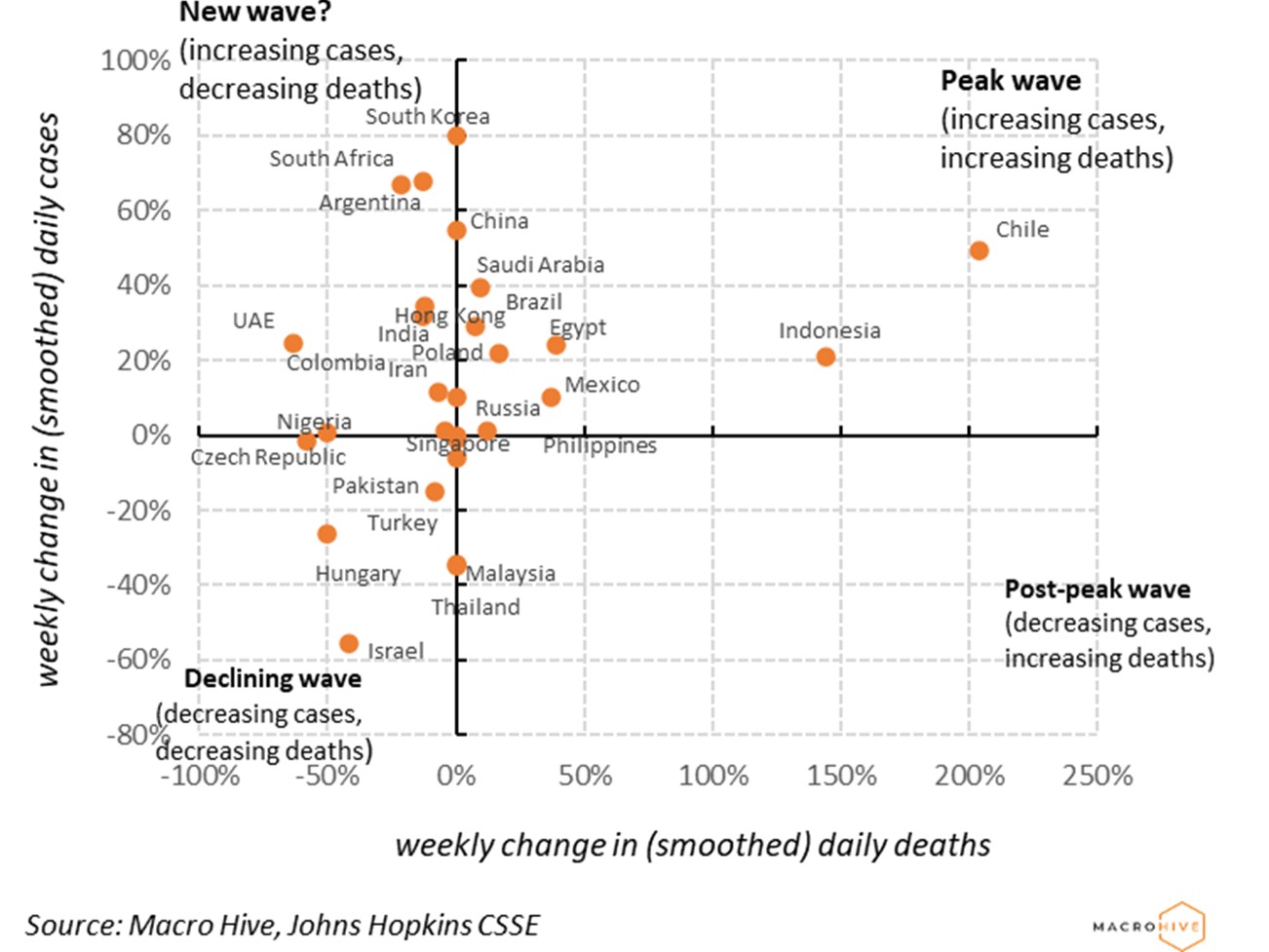 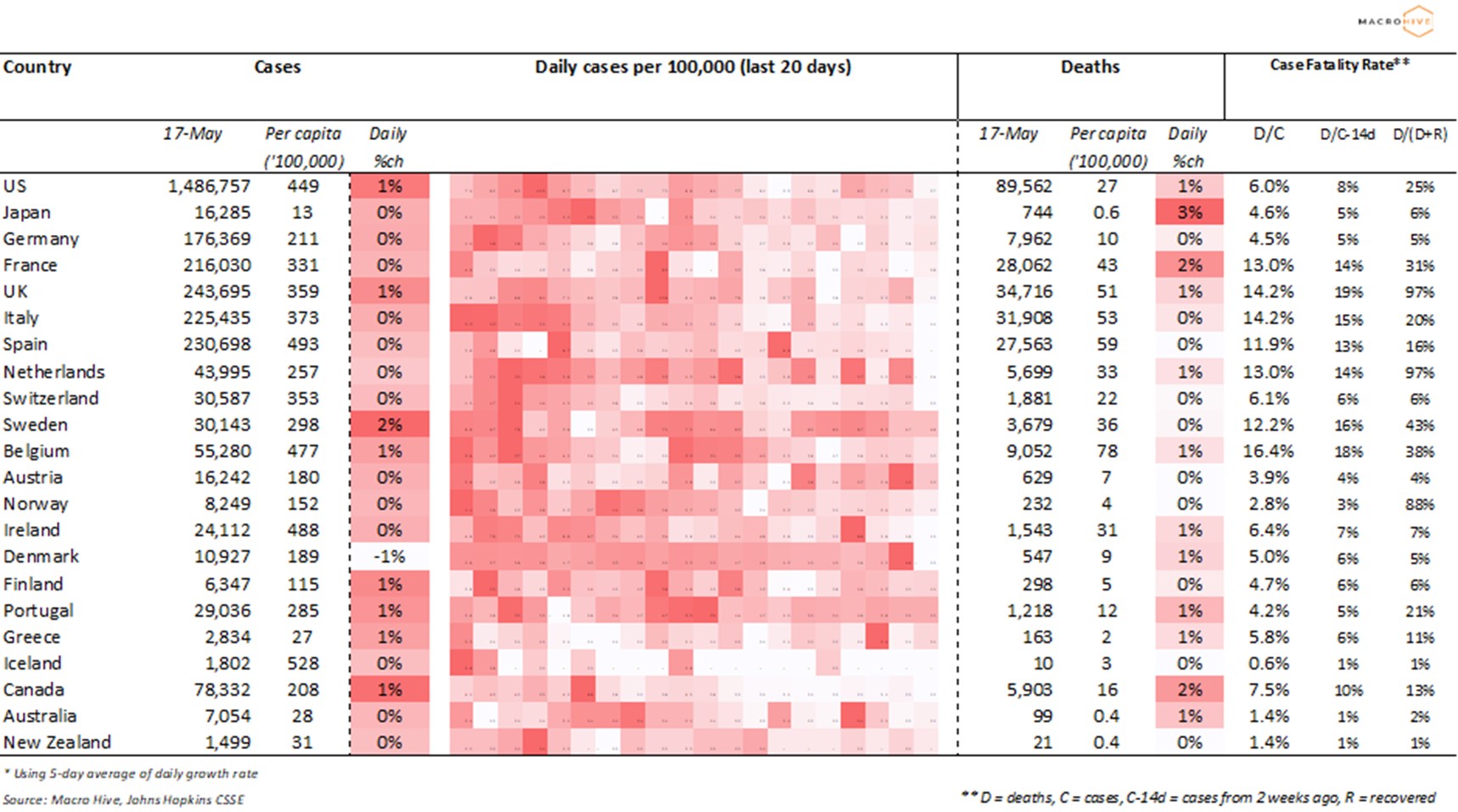 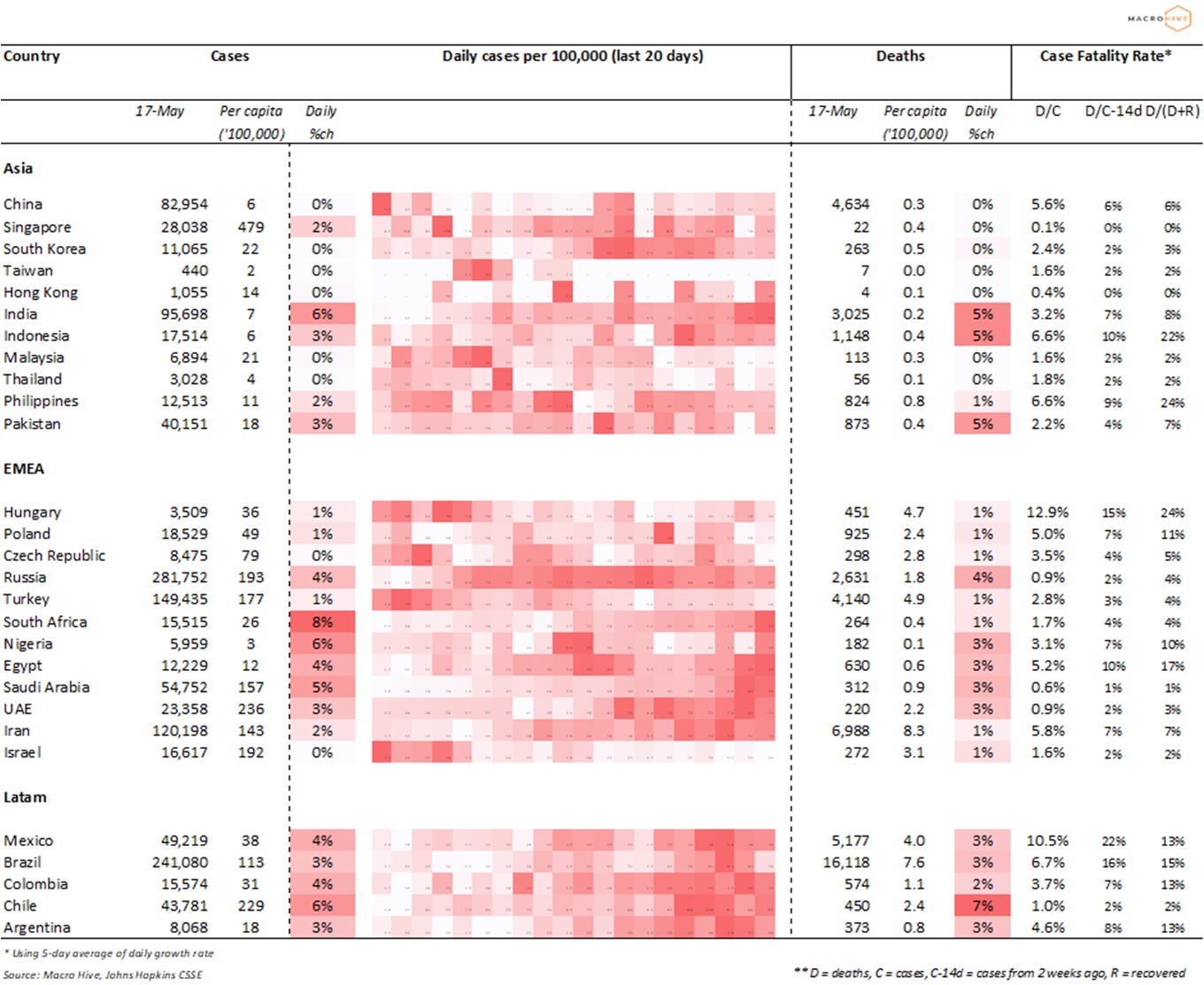