• One of the issues with a new virus is that diagnosing and reporting on it is harder than for an existing disease. We saw that for the 2009 swine flu, where initial estimates of global deaths were around 18,000 but these were later revised to a range of 150,000 to 575,000.

• We can now see this phenomenon with new UK data. The ONS has just released revisions for England and Wales deaths for the period March 5 to March 27.

○  They find that the initial COVID death count as reported by UK bodies and used by trackers such as the Johns Hopkins dashboard reported 926 deaths but the revised deaths are closer to 1649. That’s a 78% upward revision (Chart 1). Much of this is due to lags in registrations of deaths.

○  The current (unrevised) death count in the UK is 5,388. Applying the same multiplier, the true number could be closer to 10,000.

○  This issue is likely not confined to the UK. Other countries are likely to eventually revise their numbers up too.

•  In terms of the broader stats – here are the highlights:

○  DM: Japan saw a big jump of +16%. Meanwhile, most other DM countries are seeing daily growth rates of around 5% or less. The exceptions are the UK and US (+8% and +9%, respectively). Canada saw deaths increase 31% on the day and Sweden saw deaths increase by 19%.

○  EM: India continues to see a surge in daily cases (+33%) and deaths (+37%). Pakistan is also seeing an increasing pace (+19%). Russia is still seeing a high growth rate (+18%). UAE has eased up a bit, though its growth rates are still high (+15%). Singapore growth has started to moderate. Elsewhere, South Africa and Nigeria appear to be seeing a clear moderation in cases (though recently their death count has increased). Colombia saw a 30% increase in COVID deaths. 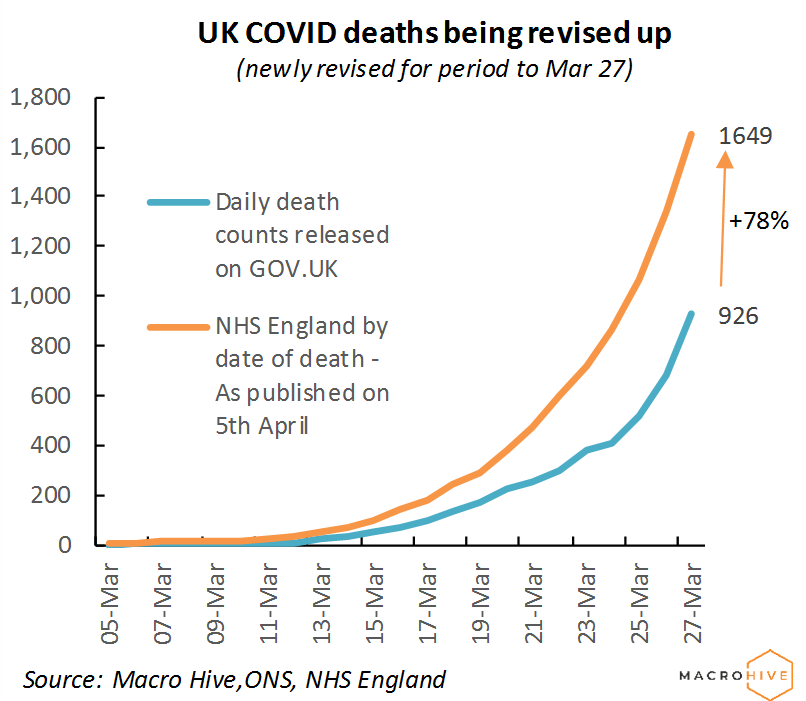 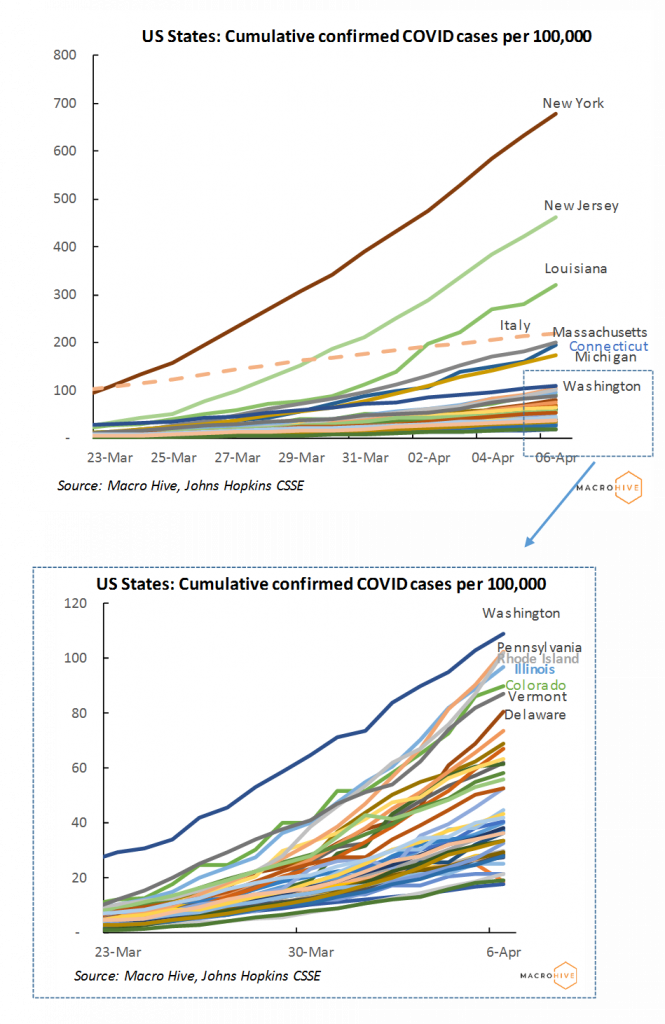 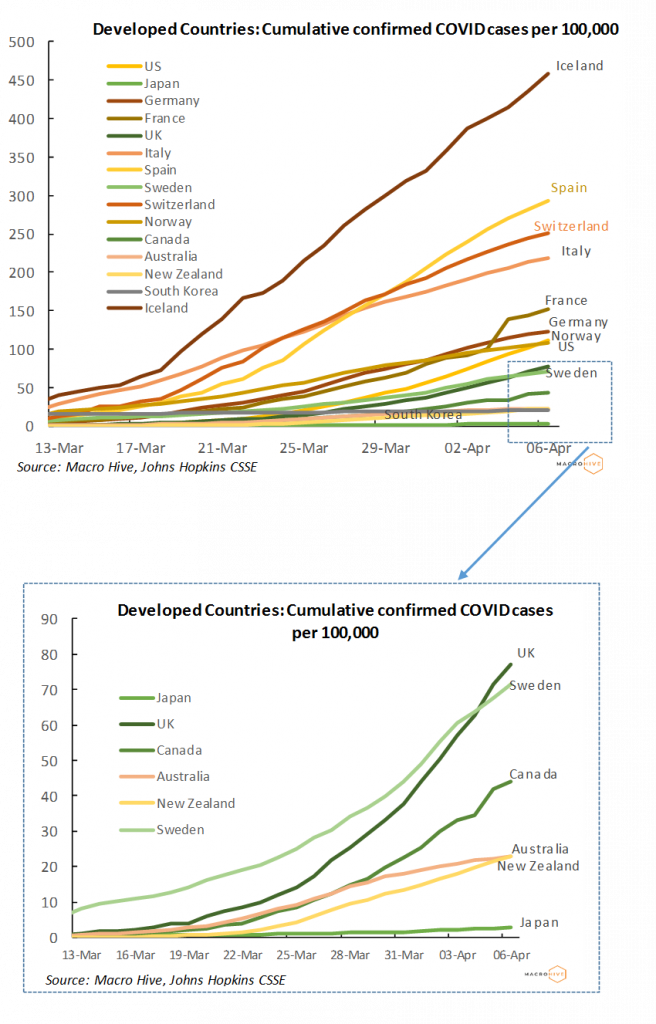 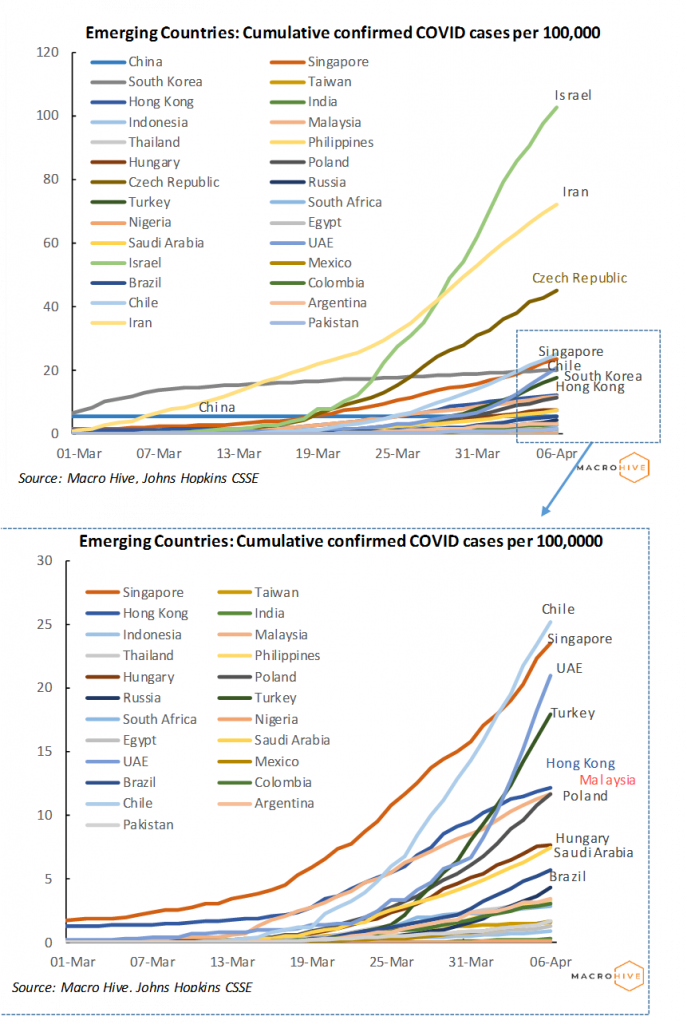 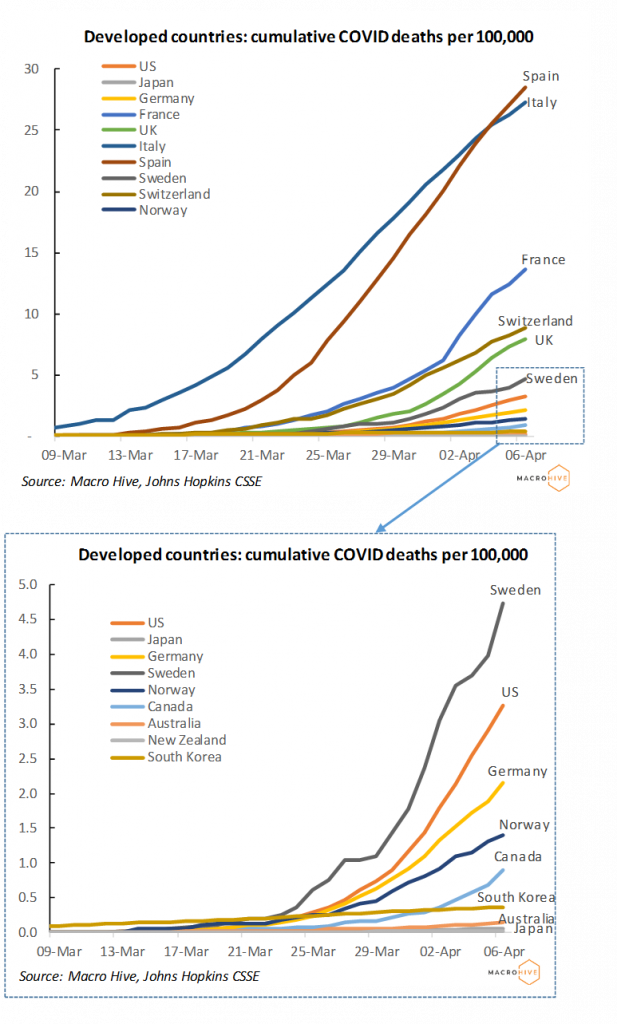 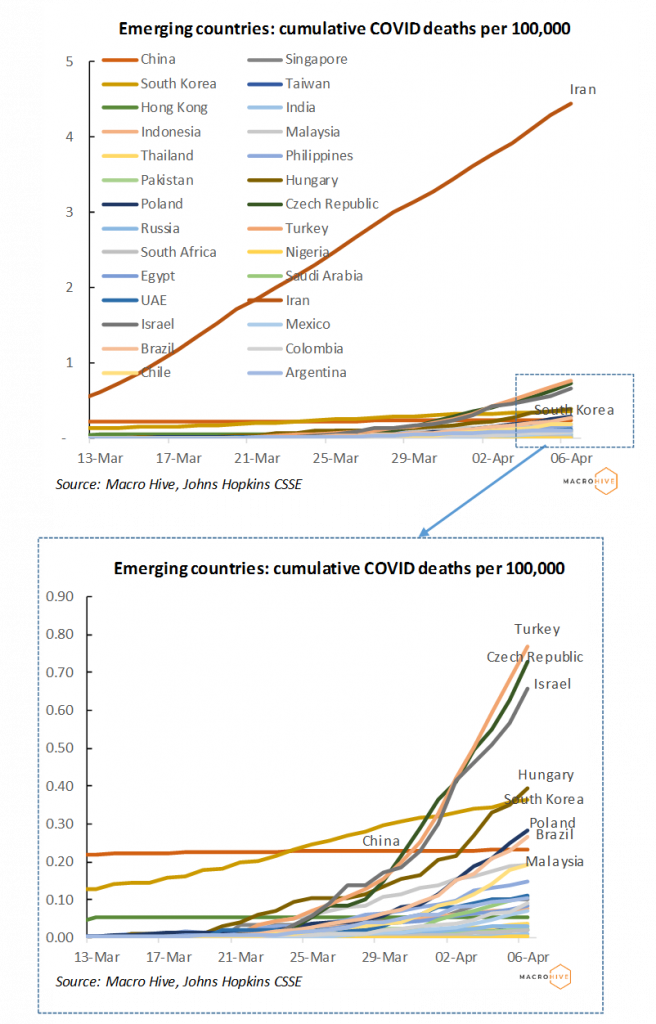 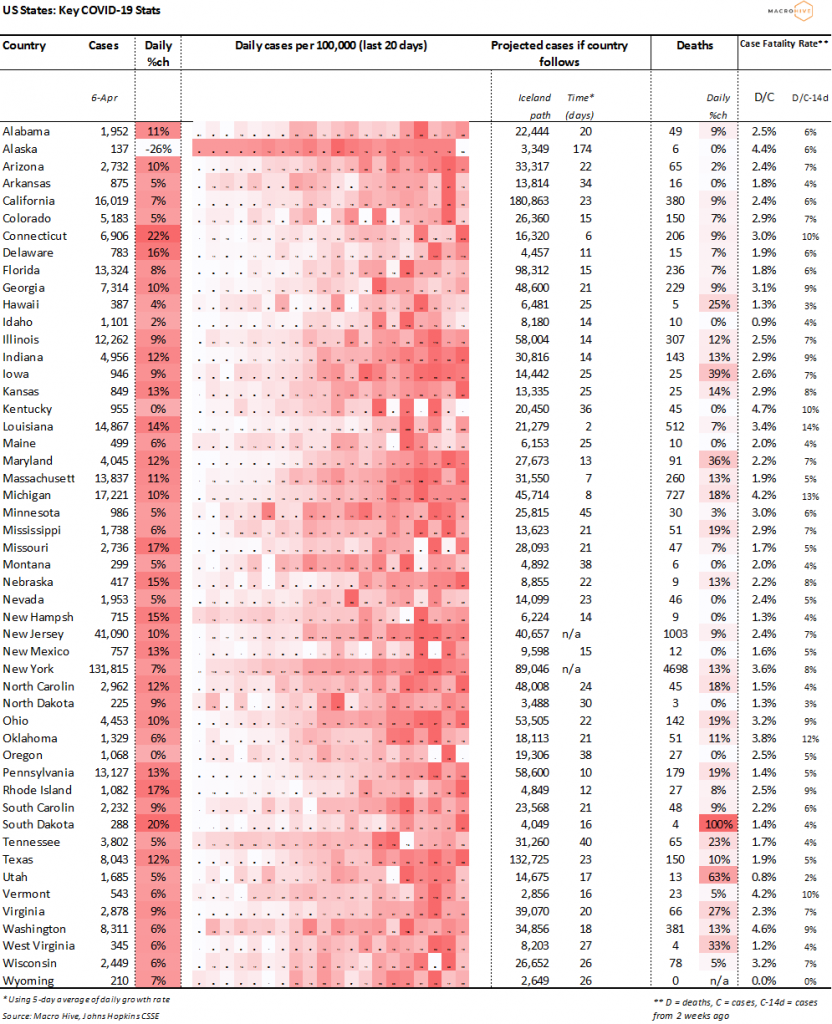 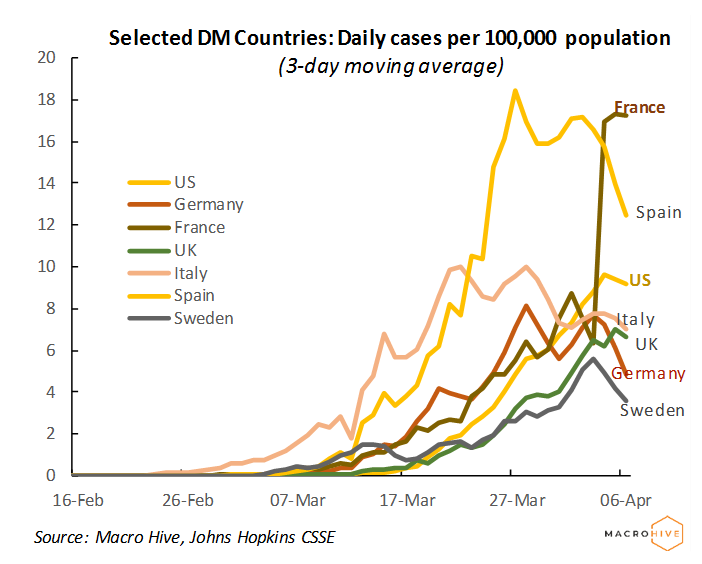 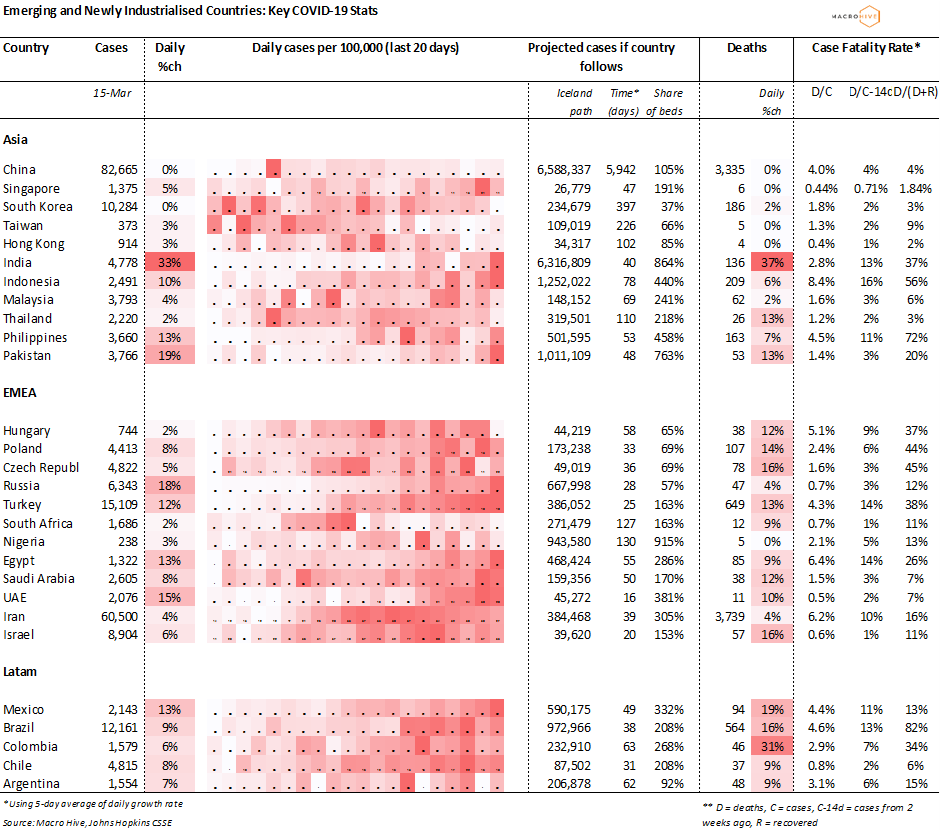 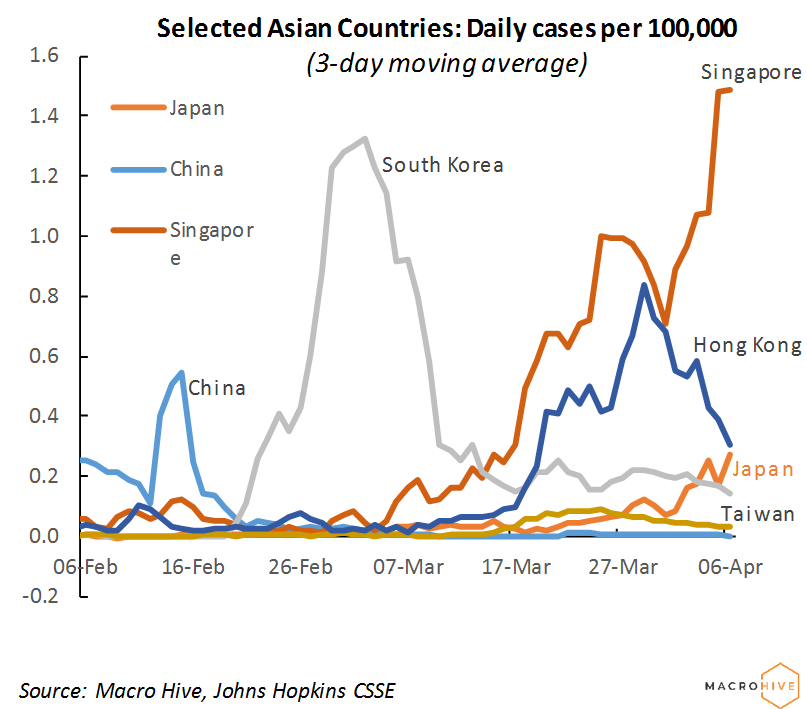