By Thorsten Wegener 11-12-2020
In: hive-exclusives | Global Macro Other Politics 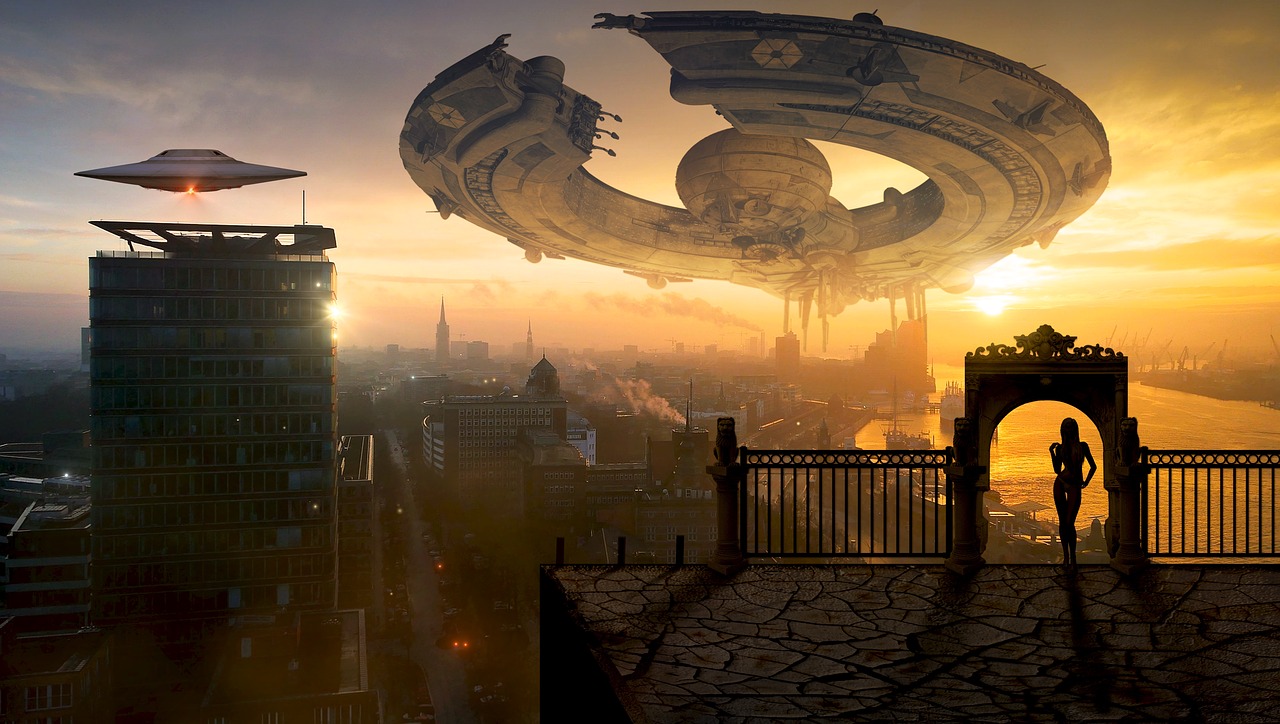 As though 2020’s turmoil was too paltry to earn a prominent spot in the history books of modern civilization, 2021 took a benevolent look at its younger, mercurial brother, smiled and said, ‘Hold my beer bro, you ain’t seen nothing yet.’ And indeed, just as the Covid crisis seemed over in early January of 2021, a newsflash hit the world that was mostly ignored – until it wasn’t.

Seth Shostak, future winner of the 2023 Nobel Prize in Physics, stepped, as SETI protocol dictated, unannounced in front of the world press. Frankly and without fanfare, he revealed the following information. Two weeks ago, colleagues operating the Large Binocular Telescope on Mount Graham in Arizona had informed his team about a potential bio signature for life on a planet a mere 23 lightyears away. Now, on the morning of 4 January, his team’s own research conducted with the Allen Telescope Array had delivered undeniable evidence: there was intelligent life outside our solar system.

Shostak and his team had been scanning the 1420 MHz band. This was always assumed to be the optimum search parameter for extra-terrestrial narrowband radio signals, and their results had confirmed the original thesis investigated by their colleagues in Arizona. Within hours, every telescope on the planet remotely capable of scanning the skies was pointed in the direction of planet CoRoT-19b, later known as Hope.

As the news permeated throughout the world over the following days and weeks that SETI’s findings were accurate, Earth and its suddenly very self-aware inhabitants started to contemplate the consequences of the new universe they now inhabited.

As is so often the case, financial markets were first to offer predictions on how this discovery would shape society and markets. By Friday 7 January 2021 technology and defence stocks had shot up fivefold, showing no signs of weakness. Meanwhile government yield’s around the globe had tripled from year-end levels, and government bond markets had collapsed. Suddenly, there was a 1,000 basis point spread to be found between government and high-tech corporate bonds – just not in the direction you would expect. What was first observed in Italy and Spain years ago was proven again on a massive scale: investors treasured productive corporations more than bloated bureaucracies. The IRS would not bring us into orbit, Elon Musk would.

Central bankers worldwide tried frantically to interpret this unprecedented move. They pressed for a global bank holiday to sort their thoughts and consult with the political class, which was caught just as badly in the headlights of this development. The opinions on how to react to this news varied wildly. On one side of the spectrum, some argued for ‘going dark and building lots of ICBMs’. On the other side, it was ‘let’s build a spaceship and go where no one has gone before’.

Calmer voices pointed out some realities. On a cosmic scale, 23 lightyears sounds like having visitors on your front porch. But it would take thousands of years to reach Hope or for visitors from Hope to reach Earth. And that was under the best of conditions.

Of course, the internet went wild nonetheless. UFO pundits insisted that they had been right all along: ‘ET was already on earth, just you wait’. They were not, as it later turned out.

Despite Hope’s distance, technology stocks kept trading up. It was irrelevant that stock exchanges had been shut down worldwide: markets had simply started trading over the counter. Huge investments poured into technology start-ups and well-established engineering and raw materials franchises to foreshadow the technological quantum leap that now inevitably had to occur.

G7 central bankers knew by now what every bond investor smelled almost instantly. The inevitable monetization of funding large-scale government space exploration programs would quickly reintroduce inflation into the mix. Only the expected productivity increases set a limit to the global Government Bond Massacre of ’21, as it became known in later years. Government’s ability to forcibly tax its populous and thereby increase credit quality lost out to the new paradigm that only real innovation and market competition held the answer to a monetary system.

Of course, the leading currencies swung wildly in the beginning. But eventually a self-enforced equilibrium against gold established itself. So often shunned as a useless rock, gold fitted into its new role quite well. As opposed to traditional monetary theory, its limited supply did not strangle a world economy on a path to new horizons. Now trading at $10,000 dollar an ounce, the metal offered a viable alternative as a future currency. No longer was it just in demand as a store of value, but also as a commodity for the space age to come.

The energy sector joined the party – save for a few casualties. Fossil fuel companies were buried next to their unloved brethren, the formerly very-much-in-fashion ESG investments. The market, rightly, assumed that the luxury problems of the past needed to be forgotten quietly. And as much as fossils would be in demand in the short term, the future of the energy mix would be overwhelmingly fusion driven. Solar, wind, and biomass simply would not provide the energy density needed to transform society into an interstellar species.

Meanwhile, leaders of the major global religions realized that their differences and animosities now seemed rather pointless in the light of the new true meaning of the word ‘mankind’. They entered a state of friendly indifference. Local tensions, especially in the Middle East, evaporated as soldiers on both sides of local conflicts ignored their superiors and simply walked home. What was the sense now in shooting at fellow ‘man’?

Higher up the chain, political superpowers speculated aggressively over which political system their newly discovered neighbours might have deployed. This opened several rounds of lengthy but peaceful discussions. Naturally they all led nowhere. In the meantime, the real world benefited largely from entrepreneurial decisions creating wealth on an unprecedented global scale. Totalitarian systems were left in the dust, ultimately forced to open up or get swiped away by a new world eager to explore the wonders of the universe.

Years later our scientists decoded (let’s call them) alien daytime TV signals. They quickly realized that the socialist dream had not been the natural progression of becoming a spacefaring species on Hope. Socialism simply lacked the financial flexibility and prowess to surmount the difficulties and innovation requirements needed to eventually leave one’s home planet. As we found out later down the line, that was exactly what they had done

And so the unique understanding of genuinely being ‘one’ species paired with newfound prosperity and freedom led us into the next century, expecting first contact, maybe in a galaxy far, far away.