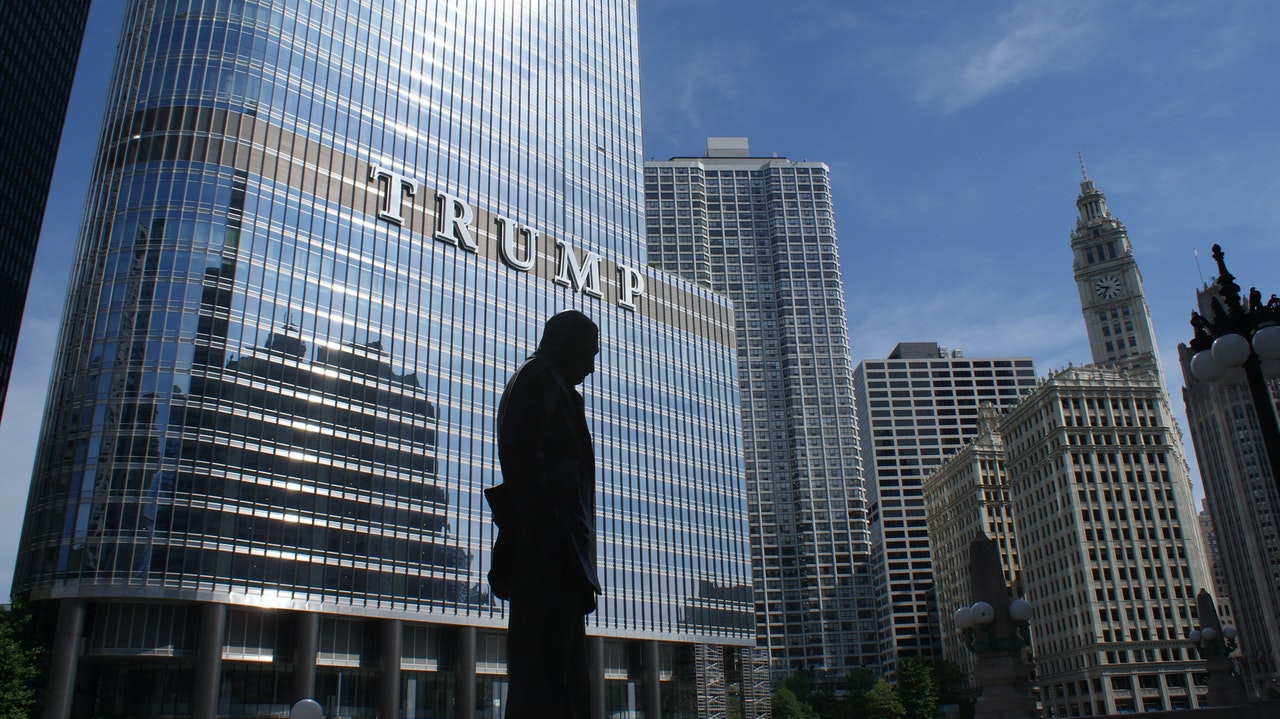 A vocal minority still believe that President Trump could win the election. According to them, his options are overturning the results, pressuring state electors to ignore the popular vote or even staging a military coup. Indeed, prediction markets are assigning a 15% chance to his re-election (Chart 1). I’m sceptical – many of these conspiracy theorists were also expecting Trump to sabotage the election by subverting the postal service and to intimidate voters with militia on election day. Neither happened. Here are four reasons to expect Joe Biden to be president on 20 January 2021:

(1) Election fraud exists, but there is no evidence of correlated fraud in 2020.

To assert that there is zero fraud across the patchwork of US electoral systems is bold. It’s ironic that many (often Democrats) who believe in zero fraud also believe that votes can be repressed or that foreign countries like Russia can manipulate US elections. Moreover, there is academic evidence that US voter fraud occurs, though on too small a scale to affect an election, and there is evidence of it across other advanced democracies too.

The real question is whether there has been so much correlated fraud that it led to states flipping to Biden. There the evidence is lacking. And judging by the cases Trump has put before courts, there is little chance of proving fraud. We must also remember that vote recounts have never overturned majorities in the tens of thousands. Therefore, Biden has the votes to win the electoral colleges and become president.

One conspiracy theory is that Republican state legislatures will overrule the election results in the states that voted for Biden. In the US system of electoral colleges, voters choose presidential electors in their states who in turn cast their votes for the president based on the popular vote. The theory here is that Trump is somehow manipulating the state legislatures into defying convention and their state laws to ignore the popular vote and elect the incumbent. Aside from a whole raft of constitutional and legal issues with this, the Republicans performed better in the House and (likely) retained the Senate – so why scrub the election results when they turned out better for Republicans than expected?

(3) Key pro-Trump media has turned against him.

Media organisations like Fox News and platforms like Twitter that enabled Trump before the election have dropped their support. Indeed, Trump has been openly hostile towards Fox News since they called the election for Biden. Meanwhile, Twitter is now censoring tweets from Trump – a departure from their policy for most of his presidency. Together, these developments dramatically reduce Trump’s power.

(4) The military will not support Trump.

As any student of coups will know, you need the military onside to stage one. There is absolutely no evidence that the military would support one. Indeed, Trump sacked Defence Secretary Mark Esper partly for refusing to invoke the Insurrection Act to send US troops onto US streets to quell civil unrest during the summer. His replacement, Christopher Miller, is an establishment defence figure who was aligned with previous Defence Secretary James Mattis – a critic of Trump. To make this point clearer, the Cybersecurity and Infrastructure Security Agency (CISA) – a body Trump created – that sits under Homeland Security recently issued a statement that included this:

‘The November 3rd election was the most secure in American history…There is no evidence that any voting system deleted or lost votes, changed votes, or was in any way compromised’.

Therefore, in my view, Trump’s chances of remaining president are near zero. And there should be no reason for investors to position for a sell-off in markets. A more valid reason to be negative is that Trump could use his remaining days to enact actions that might harm markets – these could include sanctions on China, constraints on the Fed or blocking any fiscal stimulus. Better to focus on these risks rather than conspiracy theories. 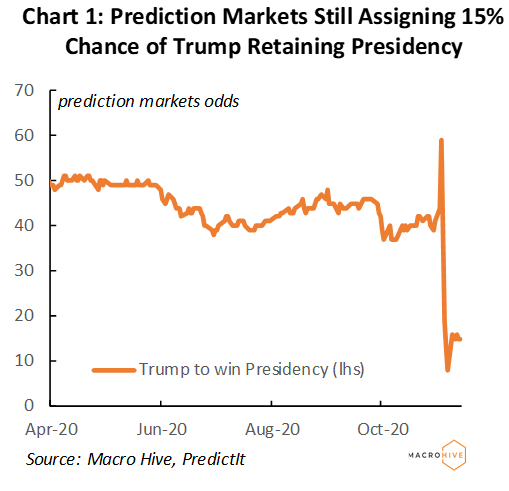