×
Claim your one month free trial for access to our premium content.
By Bilal Hafeez 24-09-2019
In: podcasts | Equities Rates US

Two for the Price of One (Grant’s Current Yield Podcast, 30 min listen) 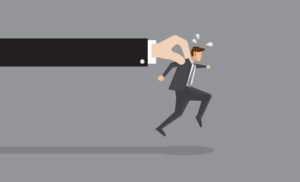 In this episode, podcast anchor Jim Bianco and his crew investigate last week’s key market activities. Why didn’t banks step into the market and arbitrage the temporary repo rate surge? They simply didn’t have the money. Post-2008 regulations had restricted banks’ ability to participate in the markets unless they had enough reserves. Additionally, there hadn’t been a lot of activities in the repo market, so the size of the market was not enough for banks to get fully involved, either. The anchors then discussed the US’s $1.3 trillion excess reserves. Tightened regulations following 2008 have established a system where $1.3 trillion is not enough, and the anchors suggest another round of QE would be an alternative to address this problem. Another trend in the US economy was an increasing level of concentration across different sectors, and the anchors believed it was due to strong incumbents and extensive lobbying. Finally, European indices were seen as ‘performing poorly’ because they tend to be overweighing banks and utilities into the mix.

Why does this matter? The inability of financial institutions to get more involved in the market left some spaces for speculation regarding what central banks would be doing next. A greater degree of cartelisation within the US economy seems to be an irreversible trend, so it appears that there’s still growth potential for investors by simply going after the ‘big names.’