Why Is the EU Looking to Ban Russian Oil? 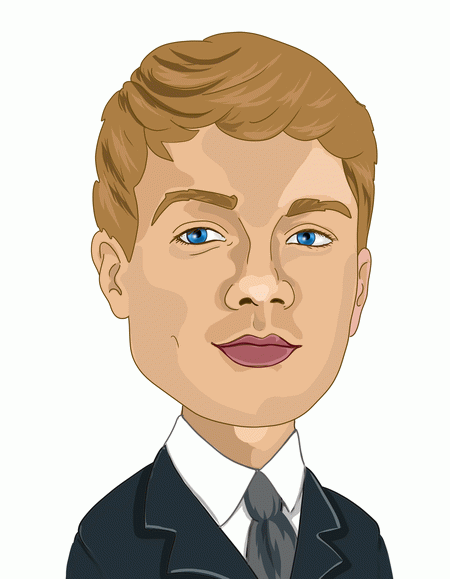 The European Union (EU) is debating a ban (or embargo) on imports of Russian crude oil and petroleum. The move would be another step in the series of sanctions they have imposed on Russia since the invasion of Ukraine in early 2022. The Russia oil embargo would include a phase-in period with extensions for the most exposed nations. The divestment from Russian energy is gaining steam. Eventually domestic renewables supply will need to grow to fill the gap.

The Russian government greatly relies on energy sales to fund itself and its army (Chart 1). Despite this the EU has so far only banned purchases of Russian solid fossil fuels (predominantly coal). This is largely because it has prioritized measures less painful to itself. With the war in Ukraine ongoing, however, the EU has needed to ramp up what it is willing to target. Oil is a logical next step in the sequence of sanction packages, but it will be painful due to the heavy EU reliance on Russian energy.

Enjoying this Explainer? Sign up to our free newsletter for more.

Why Was Banning Russian Coal Easy?

First, solid fossil fuels make up a far smaller proportion of EU energy needs than either gas or oil (Chart 2). Secondly, the countries most reliant on Russian coal are either strongly anti-Russian and willing to bear the burden (Poland) or led by a Green coalition and therefore anti-coal (Germany). Finally, the EU has coal reserves it could use more of if necessary.

By contrast, gas and coal are far more important for powering the EU’s homes, vehicles and industries. Oil accounts for three times as much of the EU’s energy as coal, while gas accounts for twice as much.

Why Does the EU Not Ban Russian Gas?

Banning gas right now is hard because existing infrastructure hinders the substitution of supply. Historically, Germany and Eastern Europe have been the major gateways of piped Russian natural gas into the rest of the EU (Chart 3). Alternatives, such as liquified natural gas (LNG), will have difficulty plugging the gap not only in terms of the quantity needed but also their placement within the European gas network.

Spain, for instance, has strong LNG importing capabilities. But it is poorly positioned to send this gas on to the rest of the EU. Therefore, unless such LNG hubs can increase capacity to redistribute or LNG can enter the system in Eastern Europe, potential diversification from Russian gas is limited.

Would Russian Oil Be Easier to Ban Than Gas?

Oil encompasses the largest chunk of the EU’s Russian energy imports. In 2020, Russian oil accounted for around 23% of total EU-27 oil imports, down from 28% 10 years earlier (Chart 4). The exposure, however, varies greatly by country (Chart 5). Severing Russian supply will, unsurprisingly, be most painful for those countries most exposed to Russia. For example, Finland, Poland, Lithuania, and Slovakia’s exposure is 60-80%, and Hungary’s is 45%.

Despite this exposure, such a ban looks doable. One reason is that 70-85% of oil imported from Russia arrives via sea, most coming via Russia’s Baltic ports. Consequently, the infrastructure to receive shipments from farther afield (the Middle East or US) is already well developed.

Support for the ban also comes from countries that neighbour Russia or Ukraine (Finland, Poland, and Lithuania). Although they have high oil exposure to Russia, for historical reasons these countries are highly hawkish towards it. This means there is significant political and popular will to endure the pain in order to hurt Russia’s finances. This situation is not universally true, though. Slovakia and Hungary have both resisted the ban given their relative exposures and reliance on piped oil. Currently, Hungary is the main blocker of the proposed ban.

What Is Stopping the Russia Oil Ban?

The main delay to an EU ban on Russian oil is the requirement for unanimous consent from its 27 member states. Hungary and Slovakia most strongly opposed the ban. The EU has offered these countries a six-month extension (on the six-month timeframe) to divest. But Hungary continues to push for an exemption to oil delivered via pipeline and a significantly inflated sum (€15-18bn) to offset the cost to adapt infrastructure.

Despite the delays, the ban seems almost certain to proceed in some form. Even if EU action became bogged down in bureaucracy, the individual nations would likely continue to forge ahead with their own divestment strategies.

Would the Ban Work? How Would the Embargo Affect Oil Prices?

The ban intends to hurt Russian finances, and it should work. The ultimate magnitude of the effect, however, is difficult to predict. While Russian oil exports would be curtailed, the price of oil on the global market would probably rise, offsetting their losses somewhat.

Meanwhile, that Russia exports most of its oil via ports makes it comparatively easy (versus if it was piped) to switch to selling to new customers. Large oil buyers such as China and India, which have retained business relations with Russia through the war, would likely take up some of the demand slack.

Offsetting Russia’s gain from oil prices rises is the steep discount at which its oil trades vs other oil blends from elsewhere (Chart 6). This suggests firstly that Russia would see less revenue gain. But it also suggests that buyers have already begun to switch away from Russian sources. The latter implies the market may have already partly priced in a more complete ban.

What Would an Oil Ban Mean for Markets?

All things equal, a European ban on Russian oil would likely raise the cost of oil imported into the bloc. This happened when the EU first proposed the ban on 4 May, and oil would probably rise again on the ban’s implementation.

The spread in prices between global crude indices (e.g., Brent crude) and Russian ones (e.g., Ural) would likely further widen. This would be due to the more limited customer base for Russian suppliers.

The largest producers of oil (the US and Saudi Arabia) would likely see strong profits due to greater demand for their product and a higher selling price. How much they benefit would depend on how much oil they could physically deliver to the EU.

Traditional oil exporters like Saudi Arabia should be better positioned than the US to capitalise on the ban. National oil companies can change supply much quicker than smaller suppliers, and their export infrastructure is very well developed.

What About European Consumers?

Consumers will feel the oil price rise at the pump and in household energy bills. Furthermore, the relative heaviness of Russian crude oil blends means that diesel prices (which heavier blends yield more of) could be hit disproportionately. This, in turn, would feed into the price of transportation and with it potentially any goods that travel via roads.

Russian oil will be a harder commodity for the EU to ban than coal was. But it looks much more feasible than gas. A ban should drive oil prices higher, exacerbating consumer price rises and the contraction of real wages.

The market is already pricing in the divestment to an extent, with Russian oil blends trading at a steep discount to others. This discount should rise if a ban happens. The size of this rise depends on how complete the ban is, and over what time horizon it hits.

→ How much oil does the EU import from Russia?

In 2020, Russian oil accounted for around a quarter of total EU-27 oil imports, down from 28% 10 years earlier. The exposure, however, varies greatly by country, with Eastern Europe most exposed, while the likes of Italy, France and Spain are relatively less exposed.

→ Where does Europe get its oil?

→ Are oil prices going up?

Oil prices have risen so far this year and are up around 40% YTD. Specifically, Brent crude oil was about $80 per barrel at the start of the year and is now around $107 as of May 2022. The market has been volatile since late February, however, when the Russia-Ukraine war began. A restriction on EU imports of Russian oil would likely drive further price rise.