SNB Stock VS Switzerland Inflation Rate: What Can We Expect? 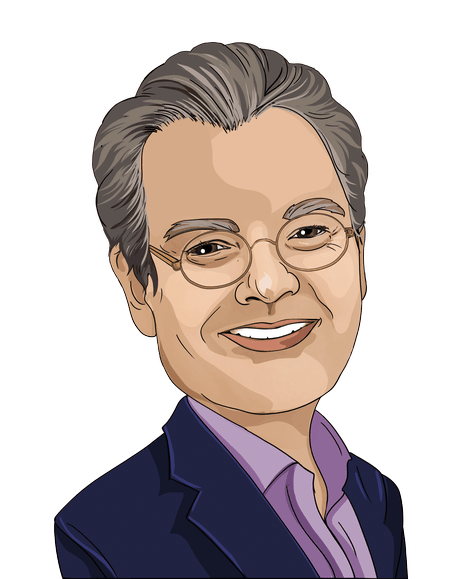 Knowing how rates traders price central bank policy paths reveals their positioning. Perhaps more importantly, investors can use it as a gauge of sentiment and even an indicator of further market moves. This piece, the third in a series following recent Explainers on the US Federal Reserve Bank and the European Central Bank/Bank of England, will look at how markets price SNB policy.

Why is Switzerland and the CHF important? Investors, particularly FX traders, have traditionally viewed the currency as the safest of havens. And in times of geopolitical and economic stress, especially stress in Europe, they have flocked to the franc.

Given runaway inflation, rising recession risks, and the geopolitical turmoil of the Russia/Ukraine war, we can safely assume demand for haven currencies will increase. This means the CHF will be in sharp focus in the coming months.

Elevated inflation is a global problem, and Switzerland is not immune to its grip.

The SNB’s mandate is similar to the Fed’s: ‘to ensure price stability’ and create ‘an appropriate environment for economic growth.’ The SNB ‘equates price stability with a rise in consumer prices of less than 2% per annum. Deflation – i.e., a sustained decrease in the price level – also breaches the objective of price stability.’

The explicit mention of deflation is especially apt for Switzerland’s central bank. Since the global financial crisis in 2007-2008, the country has battled persistent and lengthy spells of deflation – as an example, for most of 2011-2017, Swiss inflation readings were consistently coming in sub-zero. Moreover, between 2000 and 2022, Swiss inflation has only once printed above 2% (in 2008, at ~2.4%).

This changed in Switzerland, as it has across the globe, earlier this year. In February, Swiss inflation breached 2% for the first time since 2008 (at 2.2%) and has climbed steadily higher every month since. The most recent Swiss inflation data, for July 2022, came in at 3.4% – well above the SNB’s mandated target. This prompted the central bank to raise rates by 50 basis points (bps) in June, with analysts expecting more tightening as early as at the central bank’s next meeting this month.

For traders and investors, higher Swiss interest rates make it more attractive to hold Swiss francs, and vice versa. This has been especially true since January 2015, when the SNB adopted a negative interest rate policy (NIRP). With the rate rise in June, the ‘punitive rate’ for holding CHF moved from -0.75% to -0.25%. Another rate rise this month could mean the end of NIRP in Switzerland.

More important, however, has been the central bank’s stance on the CHF itself. In the deflationary period of 2011-2017, the SNB stated unambiguously that it viewed the Swiss Franc as overvalued. More importantly, the central bank intervened directly in markets to combat CHF strength.

Since the shift from a deflationary backdrop in Switzerland to the current inflationary environment, the central bank reversed its stance completely. As recently as March of this year, the SNB said it was ‘willing to intervene in the foreign exchange market as necessary, in order to counter upward pressure on the Swiss franc’. As it had for several years, the SNB stated ‘the Swiss franc remains highly valued.’

Three months later, when it hiked rates in June, the central bank shifted its messaging towards the currency. It stated:

This puts the Swiss franc in play. The possibility of the SNB intervening in currency markets to combat CHF strength removed one impediment for haven flows into the currency. With a stronger currency slowing imported inflation, an appreciating franc becomes an important policy tool for the SNB to combat rising prices. The recent shift in SNB policy has been notable and will continue to be important in the coming months.

Traders use SARON interest rate futures to price expected SNB policy, which are exchange-traded instruments listed on the ICE futures exchange. The futures contracts are cash settled and based on the average SARON rate published daily on a three-month Swiss Franc deposit. The SARON fixing is very sensitive to the SNB policy rate. The fixing on 8 September 2022 came in at -0.22%, versus the current SNB Policy Rate of -0.25%.

Determining market expectations for each SNB meeting is relatively simple. The SARON futures are quarterly contracts (March, June, September and December), each of which roughly correspond with the quarterly SNB monetary policy meetings.

What Is Priced Now?

The SNB next meets on 22 September 2022. The September 2022 SARON contract expires nine days before, so it gives a relatively accurate expectation of what is priced for the meeting. The calculation for what is priced at the next meeting is the difference between the current SARON fixing (-0.22%) and the implied yield of the September 2022 contract (0.365%). This means that 57bps of tightening is expected (i.e., a 50bp Swiss Policy Rate hike is fully priced, with a chance of a 75bp rise).

If the SARON market is correct, after almost eight years, the SNB’s NIRP policy will be reversed this month, and the SNB policy rate will be the highest since the early 2000s. In addition to ratcheting up volatility in the Swiss interest rates market, the central bank’s shift in approach to the CHF has also seen the currency rally sharply since the rate hike in June. Until inflation is back to levels consistent with the SNB’s target, expect continued sharp focus and volatile price action in Swiss interest rates and the CHF. This will be especially acute given the importance of Switzerland and its currency as a safe haven.

Richard is a Macro Strategist for VDK Capital, a London-based venture capital firm and has traded and invested in interest rate and FX market portfolios spanning three decades, both on the buy-side and sell-side. He was also an FX & Rates Strategist with Bloomberg News’ Markets Live and First Word products.