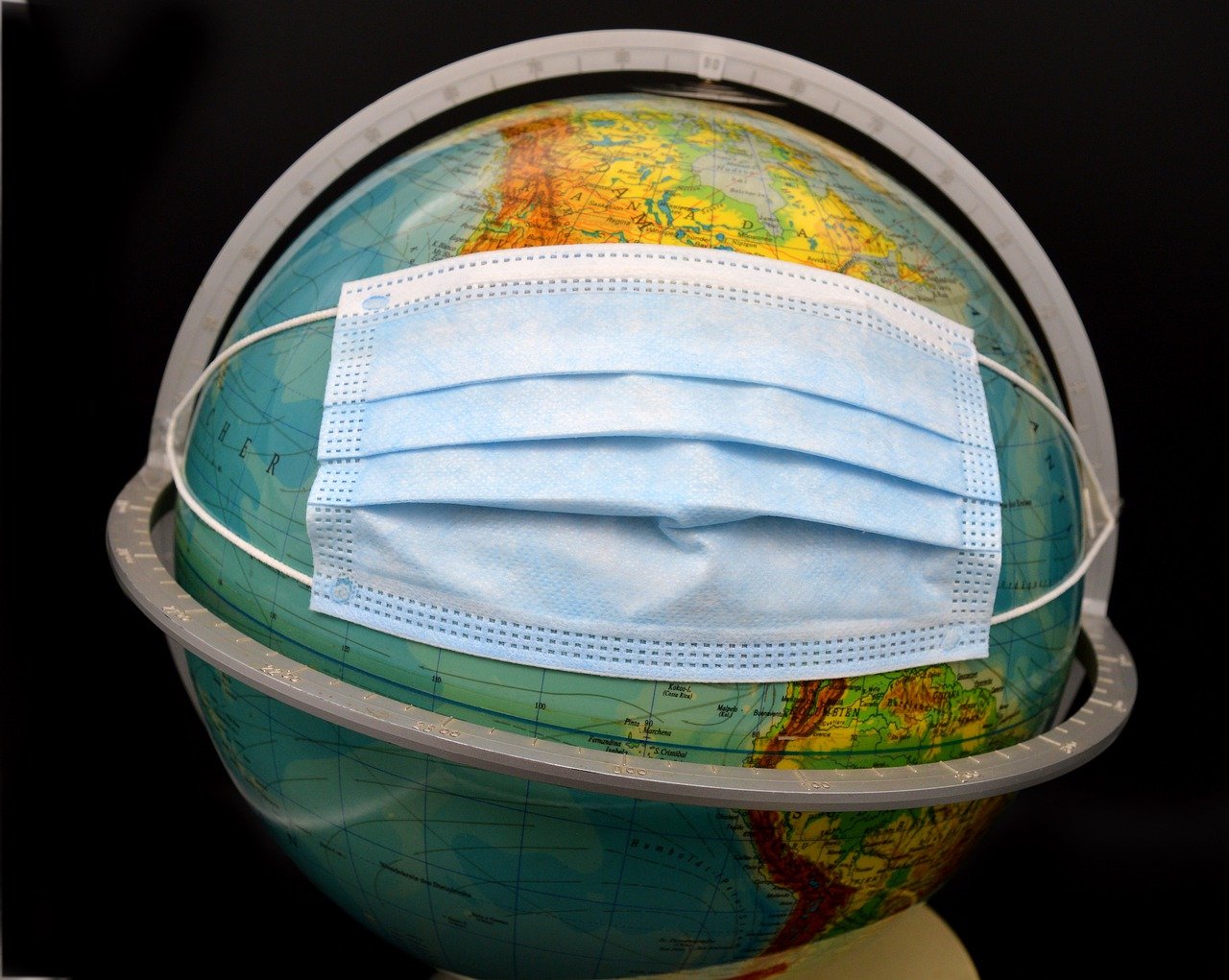 Last week, France, Italy, Germany and the UK all recorded their largest daily increase in new cases since mass testing began (Chart 1). The next couple of weeks are crucial for these countries. In this report, I compare and contrast current government restrictions and how each country has fared during the pandemic.

So far Germany has fared comparatively well. Despite its larger population, it has the fewest number of cases. The country’s handling of the pandemic has largely been praised, with polls showing that most people support the government’s measures. At the start of the pandemic its testing capacity was superior, and up until recently their track-and-trace system has been effective (Chart 2).

The WHO has classified current COVID-19 transmission in Germany as ‘clusters of cases’. Indeed, at no point during the pandemic has the proportion of positive tests exceeded 10% (Chart 3). As of early September, just 1% of tests were returning positive, compared with 10% in Spain and France.

The country’s ability to contain transmission clusters has paid off. Mobility, a crude high-frequency proxy of economic activity, stayed higher during wave one and is now doing so again in wave two (Chart 4). Equity performance was also marginally better than other EU countries in the immediate aftermath of nationwide lockdowns, and it recovered more quickly throughout April-August (Chart 5).

A relatively good public health response has translated into better economic outcomes for Germany. Second quarter GDP figures show economic output fell 9% QoQ, less than each of the other four countries. With cases increasing by 71% WoW, the next few weeks are crucial for the country. If cases rise significantly, it may need to reimpose tighter restrictions. Germany could struggle to afford another lockdown — the country’s employment support payments increase the longer someone cannot work, or is forced to take a salary cut, because of COVID. The 67% of salary paid to workers with children for the first three months rises to 87% after six months, and the scheme is set to run until the end of 2021.

Chancellor Angela Merkel has urged people to stay at home as COVID-19 cases continue to surge. Last week some cities, including Berlin, introduced a 23:00 closing time for bars, cafes and restaurants. Limits on numbers of people allowed to meet are also being brought back. Merkel will meet mayors again in two weeks, and if infection rates remain high, tougher measures will be introduced.

Spain has registered a total of 936,560 COVID-19 cases during the pandemic so far. This is equivalent to 2,000 cases per 100,000 population, the highest in Europe and behind only the US, Israel, Brazil, Argentina and Chile worldwide.

Higher cases have translated into more deaths, with Belgium being the only country worldwide to have registered more deaths per capita. In all, 33,775 people have died after testing positive, and excess deaths in 2020 (vs 2015-2019 average) are in the region of 53,000 (Chart 6).

Higher cases in recent months have not led to a significant increase in deaths, however. In a previous COVID article, I discussed the impact of testing during the first wave as one potential explanation (Chart 4C here). Another potential explanation is the rise in younger people catching the virus (Chart 7). Aggregating across as much European data as is available, the chart indeed shows a smaller but rising proportion of over 60s testing positive for the virus.

With fewer vulnerable people catching the virus, numbers in intensive care have stayed lower during Spain’s second wave (Chart 8). Despite this good news, and the fact that new infections appear to be levelling off, Spain’s composite PMI index is lower than the other EU4 countries and the UK.

The authorities have been introducing local restrictions to tackle outbreaks. In some cases, rules are introduced across a whole region, such as the closure of nightclubs in Catalonia. In other cases, movements are restricted in a town or village, and locals are urged to stay at home.

Face masks are obligatory in all public places for anyone over the age of six, with some exceptions, and it is unusual to see people flouting that rule on the streets of a city, for example.

The government recently extended a furlough scheme for businesses until the end of January 2021. It allows companies to send workers home or reduce their hours, maintaining unemployment benefits at 70% for those not working.

Italy recorded the largest WoW rise in cases worldwide (of countries registering more than 5,000 cases). The country registered 59,000 new cases over the last seven days, double the previous week. The rise in cases comes as the government implements the least stringent restrictions in response to COVID (Chart 10).

The Italian government’s reluctance to impose tighter restrictions is perhaps partly due to their significant and persistent response during the first wave. Despite the lighter-touch action during the second wave, Italians appear sensitive to the increase in caseload: post-summer, mobility has fallen to similar levels as the UK and France, who have far higher cases numbers (Chart 11).

Italy is one of the only European countries to report ‘suspected cases’. As of yesterday, the country suspects that approximately 13.5mn people have had the virus, 22.3% of the population. Authorities estimate that around 140,000 people contracted the virus on 18 October (Chart 12).

The rise in cases across the world has coincided with declines in economic activity. Over the last week, correlation between higher COVID-19 cases and equities has turned negative (Chart 13). That is, higher cases correspond to weaker equity performance.

France has, up until this point, arguably suffered the worst during the second wave. The country recorded 144,000 new cases over the last seven days, up 40% WoW. The country has now recorded 876,000 cases, or 1,343 cases per 100,000 population. The rise in cases is translating into a higher number of patients in hospitals and in intensive care beds (Chart 14).

The number of recorded COVID-19 deaths is 33,325. This figure is almost identical to the number of excess deaths since the start of the pandemic (Chart 15). Deaths over the last week increased by 724, a 22% WoW increase. To compare this with first wave numbers, let us look at ICU patient numbers. Over the last seven days, there were an average of 1,700 new ICU patients admitted every day. Intensive care units had similar patient numbers at the end of March. During the last week of March, there were 2,400 recorded deaths.

By this crude measure, the percentage of people dying from COVID-19 is two thirds less than during the first wave. This number stacks up with a recent report from the Intensive Care National Audit and Research Centre (ICNARC), which suggests that, since September, just under 12% of patients in critical care beds die, compared with 39% between the start of the pandemic and the end of August.

France has also experienced significant economic disruptions from the pandemic. In all, GDP fell 11% from Q1 to Q2 2020, a smaller fall than Italy, Spain, and the UK. The CAC 40 index also rebounded relatively strongly (Chart 4). The service sector PMI has, however, fallen in line with Spain following the second wave surge in cases (Chart 17).

President Emmanuel Macron announced new restrictions on Wednesday. Residents of Paris, its suburbs and eight other cities including Marseille and Lyon will be prohibited from leaving their homes without valid reason between 21:00 and 06:00 from Saturday for at least four weeks.

Restrictions in the rest of the country have also been toughened, with all private parties, including weddings, banned in public event spaces. Working from home is advised whenever possible. The French president has allowed local authorities to implement additional measures where necessary.

European equity markets are yet to respond in a significant way to second wave developments. Up until last week, European governments were taking the same approach. As cases rise and hospital admissions increase, however, the lighter-touch approaches of Italy and Germany appear to be showing signs of cracking.

The hope of avoiding tighter lockdown restrictions is therefore quickly fading. These tougher measures are effective at stopping transmission. They will also disrupt economic recoveries. Signs over the last couple of weeks are that agents and markets are taking note of higher caseloads. PMI’s are down, equities are correlating negatively with infections, and mobility is falling.

The good news, however, is that countries know how to tackle rising infections, treatment is improving, and mortality is falling. As a result, any hits to economic activity will be smaller than the first wave. The key lesson though is that markets favour countries that are better at tackling the pandemic.

For details on the UK COVID situation click here