Creative Destruction and the Theory of Economic Development 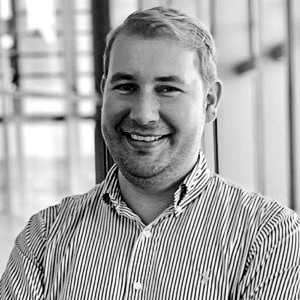 What Is Creative Destruction?

Coined by Austrian economist Joseph Schumpeter, ‘creative destruction’ the process of industrial mutation that destroys old economic structures and replaces them with new ones. Innovations are what drive economic growth, and the entrepreneur and their profit motive take centre stage in Schumpeter’s development theory.

Schumpeter did not use the term ‘creative destruction’ before the 1940s. However, his early writings contain many influential ideas on the process of growth and innovation, particularly his book, The Theory of Economic Development (1911).

According to Schumpeter, the entrepreneur is at the core of the process of economic development and pushes the economy forward with new methods of production or new products.

Old industries are bound to disappear, and economic welfare increases as entrepreneurs divert resources from outdated production methods to more efficient ones. Entrepreneurial profit plays a key role in the process of economic development. The profit arises through a temporary position of monopoly power, which, according to Schumpeter, is desirable.

This economic mechanism provides a rationale for patents, which are effectively a temporary monopoly position granted by the state to an entrepreneur so they can reap the financial benefits of their innovation. Patents thereby incentivise innovation by prohibiting copycat behaviour and enabling financial reward.

Growth has been highly uneven since the beginning of the Industrial Revolution, as the example of real GDP growth for the UK shows (Chart 1). It increased about 1% in the late 18th century to over 2% some 50 years later. The late 20th century saw peak growth, and it decelerated significantly since the early 2000s.

A boom occurs in a period with many simultaneous innovations. Bank lending increases as the banking system provides the entrepreneurs with credit. However, the effect of credit creation will also spread to secondary markets (the labour and consumer markets) that are only loosely related to the innovative sector. The ad-hoc creation of purchasing power by the banking system will be felt economywide and puts upward pressure on prices and wages, in general.

In Schumpeter’s theory, a bust always follows the boom. Innovations slow, and entrepreneurs start to pay back their loans from the income streams they received from previous innovations. This will lead to a credit deflation: the disappearance of previously produced purchasing power. The bust is often accompanied by banking crises and falling asset prices.

Schumpeter’s discussion of booms and busts is arguably the weakest point of his theory. But remember, he wrote this book before the creation of modern central banking. While monetary policy cannot really influence productivity growth, central banks arguably have the capacity to keep nominal expenditures on a stable path and prevent excessive credit creation during the boom phase and credit and asset price deflation during the bust.

The mathematical formalization of growth theory started with the MIT economist Robert Solow in the 1950s. The ‘Solow model’ explains how growth can either come through factor accumulation – an increase in the capital or labour stock – or innovation. The former two will always turn out to be transitory factors while productivity growth is the only true engine that drives improvements in living standards. The big drawback of the Solow is that the model cannot explain the sources of productivity growth. Instead, technological progress was assumed to be ‘exogenous’, basically ‘mana from heaven’.

The Schumpeterian model is an improvement. It explicitly tries to model the factors that drive innovation and growth. Philippe Aghion and Peter Howitt have formulized Schumpeter’s theories within a modern macroeconomic model that rests on the following three propositions:

The endogenous growth literature has derived three main predictions that rest on the above assumptions:

An endogenous growth model that distinguishes between inventors and innovators can explain why stronger patent protection leads to an inverted U-shaped effect on growth.

It states that intellectual property rights attribute part of the rent of commercial exploitation to the inventor that would otherwise accrue to the entrepreneur. This will therefore increase the incentive for research and knowledge creation. However, after some point, further strengthening of patent protection will reduce the returns to entrepreneurship because it creates too strong monopoly positions, which become detrimental to growth.

Endogenous growth theory therefore suggests a sort of ‘patent Laffer curve’ where both too low and too high monopoly positions are detrimental for growth (Chart 2).

While some market power is needed to foster innovation, excessive monopoly power is unambiguously harmful for the economy. Considerable research has emphasized how workers have been losing bargaining power in recent decades, coinciding with the gradual disappearance of unions, especially in the US (Chart 3). The post-Keynesian literature argues the decline in the wage share in the economy results from rising markups and therefore monopoly rents at the expense of workers.

More recently, rising inflation across advanced economies has been blamed on excess corporate power. This explanation is most likely wrong: markups did not suddenly surge in 2021/2022. Especially in the US, excess monetary and fiscal stimulus has led to a surge in household disposable income and can explain the demand-side pressure.

On the supply side, though, corporate power could explain some additional passthrough costs. A recent paper by the Boston Fed makes exactly this link. The researchers first show how many sectors in the US have become increasingly concentrated over time with just a few key companies dominating certain industries. Compared with the early 2000s, industry concentration has increased.

In a second step, the paper demonstrates the rise in concentration allows firms to pass on more of the costs in an inflationary environment. Concentration itself does not increase inflation but may add to inflationary pressures when input costs and prices are rising in general.

However, economic theory suggests market power is very hard to measure. The Herfindahl-Hirschman Index (HHI) the researchers employed uses market share, but it does not exactly capture how competitive one industry is. Even a duopoly can be perfectly competitive if prices are equal to marginal cost (and the latter is notoriously difficult to estimate).

Entrepreneurial profit is not the only factor in innovation. Economic and political institutions are the ‘rules of the game’ that shape economic behaviour and create incentives (or disincentives).

The Schumpeterian model relies on a solid institutional setting. If entrepreneurs must fear ruling elites are appropriating their profits, innovation would be inhibited. Arguably, Britain’s Industrial Revolution would have been impossible without the century-long development towards more inclusive democratic and political institutions that allowed for the market economy to develop and foster innovations.

The reason is spillovers between different sectors. One endogenous growth model suggests  innovation and research in one sector is generating subsequent rounds of innovation as new knowledge spreads throughout the economy.

This aligns with Schumpeter’s idea that innovative activities influence each other, with a new innovation often appearing in one industry then spreading. Entrepreneurial activity will therefore be cyclical, generating Schumpeterian waves of innovation and growth.

General purpose technologies (GPTs) can generate long-term waves. A GPT is a technology that affects the entire macroeconomy and alters society through its impact on pre-existing economic structures. The invention of electricity and automobiles are two such examples.

The adoption of a GPT might at first lead to a general economic slowdown due to an adjustment process. The old capital stock becomes obsolete and needs replacing. Furthermore, workers might have to upskill to adapt to new technological challenges.

Subsequently, though, the GPT spreads throughout the economy. This causes a growth spurt once most companies across different sectors adopt the technology.

There was over a decade-long productivity slowdown when the US adopted electricity around 1900. Productivity only accelerated in the 1920s when the technology started to spread through the economy.

The internet is another example. We can observe an initial phase of low productivity in the 1980s and subsequent acceleration during the IT boom of the 1990s (Chart 4).

The IT boom petered out in the mid-2000s, and productivity growth decelerated. However, the pandemic drastically changed labour markets and economic structures. Productivity has accelerated since 2021 as remote work and innovations boosted output per hour worked.

It is too early to tell, though, whether the productivity increase is a short-run phenomenon or whether it will last longer.

Schumpeter’s ideas are still relevant. Endogenous growth models have incorporated Schumpeterian waves to explain why innovation occurs in long cycles and why the relationship between economic growth and competition is inversely U-shaped.

These models teach us two things. First, perfect competition is not always desirable. Entrepreneurs need to be able to profit from their innovations, if only temporarily.

Second, institutions matter too. Too much rent-seeking, especially in countries with low-quality political and economic institutions, inhibits innovation.

Policymakers must therefore strike a careful balance between too much competition and too little to foster innovation.

Julius Probst has worked as a Product specialist for Macrobond and is also one of the main contributors to Macrobond’s blog.