After the “will they-won’t they” drama of Thursday’s Bank of England meeting we include an Exclusive by former DB economist and FT writer Caroline Grady on her take from the meeting.

For our podcasts this week we acknowledge Brexit day with a podcast from the FT’s politics reporters. Another source of gloom is Nouriel Roubini on his main risks for the global economy this year. While this week’s investors podcast is a pessimistic take of the eventual impact of the ongoing balance sheet expansion in the US.

On a more upbeat note, we include Brookings experts discussing Africa’s prospects in the next decade. And one on how switching to electric vehicles and other forms of green energy is happening faster than some think.

Bank Of England Didn’t Blink (3 min read) Many had expected Mark Carney to cut rates as his parting gift as Bank of England Governor, but in the end the MPC kept rates unchanged at 0.75%. The committee concluded the environment was “good enough” though they removed the words “limited and gradual” in reference to the pace of future rate hikes. The pound strengthened on the decision, and UK yields rose.

The March Budget and raft of economic data due before the next MPC decision on March 26 will give new Governor Andrew Bailey a lot to consider. 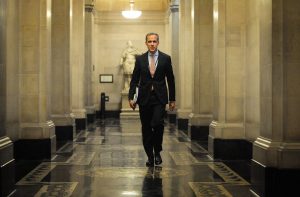 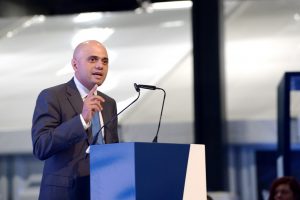 • Recent good news on the economy with a post-election bounce in sentiment. PMIs improved while consumer spending (housing, car sales) picked up. But it’s not yet clear this will translate to faster real activity on the ground.

• Javid targeting a return of long-term sustainable growth back to the 2.7-2.8% pre-crisis average. His focus on skills and infrastructure will only pay off long term, however, leaving any near-term acceleration in growth unlikely. Javid’s March 11 budget is important in determining any near-term fiscal boost.

• Treasury’s infrastructure rule book is being rewritten in an effort to level up the regions.

• Reasonable to pivot viable infrastructure projects to outside London even if returns are lower (but positive). But there could be a trade-off with wider UK growth.

• Cabinet reshuffle is anticipated, Javid is expected to hang on.

• Downing Street will acknowledge Brexit with a light display in Whitehall and a countdown clock marking the moment when the UK officially leaves the EU. PM will host a special meeting with the Cabinet in the north of England, discussing levelling up of the regions.

• Big push will come in March as the mandate for trade talks is finalised. June will be next pinch point as PM Johnson will face a deadline on the possibility of extending the transition period past year end.

• Business uncertainty will continue until the new trading environment with the EU is confirmed.

Why does this matter? Brexit day will mark the beginning of a long process in the UK’s future relationship with the EU. Business sentiment may have improved following the Conservative Party’s emphatic win in the December election, but prolonged uncertainty remains. The weakness in business investment since the 2016 referendum will have a long-term effect on the economy that cannot be easily unwound. Javid’s first budget in March will be a key test of the government’s commitment to raising the country’s growth rate through higher investment.

Nouriel Roubini On What Could Trigger The Next Global Recession (Take 15 – CFA Institute, 20 min listen)

• US versus China in trade and technology. Two countries remain on a collision course, tech war will mean decoupling, de-globalisation, fragmentation of the global economy. Capital mobility as well as goods and services trade reduced. Student visas reduced. Short-term truce due to political factors. Both sides need time right now pointing to no further escalation. 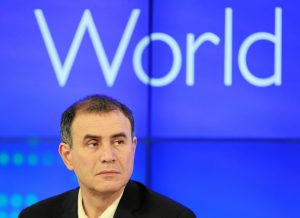 • US dispute with Iran. Escalation here could disrupt oil supply and potentially cause global recession. So far both sides have shown restraint, but it remains a risk.

• Argentina: Collision course with the IMF. Fernandez accusing former President Macri being in cahoots with the IMF as the $50bn in IMF funding didn’t help Argentina avoid recession. Markets worried about a return to populism and default/restructuring on foreign debt. Damaging for Argentina and possibly EM more generally if a disorderly default (widening spreads).

• Trump impeachment. Unlikely to be approved in the Senate. Democrats – centrists (Biden) or progressive (Warren). Even if Democrats elected probably won’t have majority in the Senate. And even if they did regain the Senate, the median senator is still more centrist than Warren so radical policies probably wouldn’t pass. Risk of a technology war with China remains meaningful even if a Democrat wins the White House.

• Reserve currencies: No realistic alternatives to the US dollar right now. US increasingly using economic sanctions as foreign policy. US force allies to go with secondary sanctions prompting alternatives to develop but remains

• Cryptocurrency is a misnomer as it does not align with the definition of a currency.

Why does this matter? As long-time pessimist Roubini’s views on global risks are more pronounced than most. Argentina stress in 2019 did not trigger contagion elsewhere in EM, and other than a few pockets of weakness macro fundamentals are much improved versus a decade ago. We see it as unlikely that further Argentina stress will spillover, but escalation in trade tensions, or geopolitical risks such as US-Iran could have very significant implications. 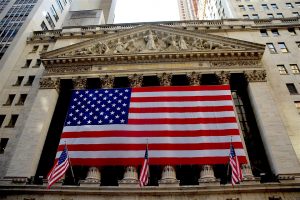 • Luke Gromen, founder of macro thematic firm Forest for the Trees, discusses why the Fed is committed to financing US deficits, the outlook for the US dollar, and the extent the Fed will act to keep the stock market afloat in moments of crisis.

• Fed balance sheet growth is effectively financing the fiscal deficit through the banking system. Difficult to stop this process without major disruption.

• Balance sheet growth could prove inflationary with a lag (up to 9 months) which will limit the eventual size of the expansion.

• A recession could result in a weaker dollar this time as higher debt issuance will mean ongoing balance sheet expansion.

• What the Fed will do to keep the stock market afloat in times of crisis. Anything more than a decline of roughly 10% will likely be met with some resistance from the Fed given the potential impact on consumption and wider growth.

Why does this matter? Accelerating inflation in the US due to balance sheet expansion would be relevant for the ECB and particularly Japan, where balance sheet expansion is greater. Some inflation would be welcome but only if contained. Any significant uptick in US inflation and move higher in rates would also be felt across EM, through rising yields and less appetite to borrow in dollars.

• Director of Brooking’s Africa Growth Initiative discusses a new report, “Foresight Africa: Top priorities for the continent 2020-2030”, touching on mega trends and the opportunities and challenges these present. 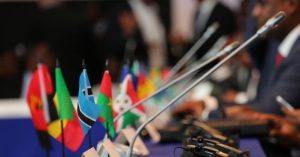 • Progress in achieving the 2030 sustainable development goals (SDGs) is mixed. Improvements have been made on 1) primary school enrolment, 2) access to clean water and electricity and 3) under 5 mortality rates. But the continent is falling short on poverty eradication.

• Sub Saharan Africa needs $574bn per year (in 2015 dollars) through 2030 to finance the SDGs. Domestic savings rates are low, but the continent has resources it can mobilise. Improved tax collection (including shrinking the informal economy) and addressing profit shifting by multinationals could both help. Better governance over natural resources would also generate revenues.

• Africa faces demographic challenges with a young and fast-growing population. Job market needs to absorb labour at a time when labour in industry has flattened out. Services sector must create jobs to accommodate a significant amount of moderately skilled labour.

• Overall, the report sees Africa as well primed for trade and investment growth due to 1) a positive overall macro environment, 2) governance and business environment improvements and 3) regional integration (labour and transport).

Why does this matter? The continent is one of the few places in earth where demographics are favourable. Rapid gains in labour supply could boost economic growth across the continent, particularly if combined with productivity improvements. Governance problems have in the past prevented Africa from realising its potential. But if recent improvements can be sustained the continent has a chance of becoming a more meaningful contributor to global growth in the coming decade. And with it improving the living standards of millions of people. 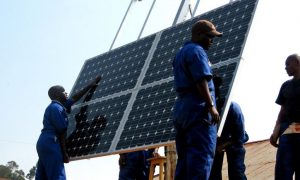 Why The Transition To Clean Energy Is Happening A Lot Faster Than People Realize (Odd Lots – Bloomberg Markets, 40 min listen)

• Major transformation is going on without major policy initiatives in place yet. Energy transition kicked off around 2010, pushed first by policy support then by declining costs. Any new green deal can take advantage of more favourable costs.

• Wind and solar have high upfront costs, but then run with low operational costs. By contrast, existing coal plants have high ongoing costs and are now uneconomic.

• Storage costs have not dropped as fast as operational costs, but it’s now more affordable than in the past. US is already finding ways to plug demand-supply gaps.

• US EV market is over-concentrated (Tesla dominates). Lack of consumer choice is one reason behind sluggish growth. A slow regulatory process is another.

Why does this matter? China’s EV sales account for around half of those globally and several homegrown electric carmakers are known internationally (think BYD and NIO). Cutting policy support weeds out unviable companies but at the same time jeopardises China’s ambitions to become a leader in the fight against climate change. But by forcing companies to have a sustainable business model this reduces the risks of widespread inefficiencies bodes well for future productivity gains.