What Proof-of-Stake Is and Why It Matters for Blockchain 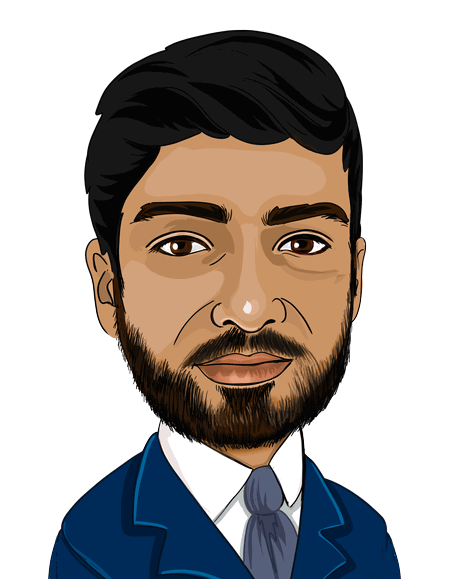 What Is Proof of Stake?

Cryptocurrencies like bitcoin currently use the proof-of-work (PoW) consensus protocol. PoW is a competitive process in which miners compete to solve a computationally hard problem to add new blocks to the blockchain. PoW uses considerable energy and is therefore costly. But proof-of-stake (PoS) is an alternative that could upend the crypto status quo.

Proof-of-stake is a consensus protocol that moves away from the competitive proof-of-work model to a wealth-based model. In PoS, only entities that stake a significant number of coins can add new blocks to the blockchain.

In this article, we explain how PoS works and how it differs from the more traditional PoW consensus that coins like bitcoin currently use. We will draw on ethereum as an underlying example given it plans to move to PoS consensus after the Merge in Q2 2022 – an event we think will considerably impact ethereum’s outlook.

How Does Proof of Stake Work?

PoS replaces miners with validators. Validators are entities that stake a significant amount of capital, usually in the native coin, to be considered for adding new blocks to the blockchain. For example, after the Merge, ethereum will require users to stake 32 ETH to become a validator. As of writing, 32 ETH is equivalent to around $97,000.

In PoW, miners compete to solve for new blocks. In PoS, validators are randomly selected from the set of possible validators (the validator set), with the probability of being selected increasing with the amount staked.

For example, imagine the validator set contained just two validators: Alice and Bob – with 60 ETH and 40 ETH staked, respectively. You would want there to be a 60% chance that Alice will be the next block creator and a 40% chance that it is Bob. Validators receive yield on staked ETH for their participation in maintaining the network.

The general flow is as follows. When a new block of transactions arrives, the PoS protocol will randomly select a validator from the validator set to review the block. If the block is valid, it is added to the blockchain once other validators in the network have attested (i.e., confirmed) it. The validator then receives yield on their staked proportion of ETH for their participation. Validators can also be penalised (lose some of their stake) for submitting fraudulent transactions, going offline, or deliberately colluding. This creates a natural incentive for validators to avoid such activity.

With ethereum planning to switch to proof-of-stake, hopeful validators are staking an increasing amount of ETH (Chart 1 and 2).

Proof of Stake vs Proof of Work

One of the main shortcomings of PoW that PoS aims to address is its energy consumption. Indeed, proof-of-stake does not require the solving of a cryptographic puzzle like proof-of-work.

The PoW model introduces competition between miners as they invest in high-power hardware to gain an edge in mining capability. This uses a lot of electricity. PoS, on the other hand, does not suffer from this problem since validators are not competing in the same sense. They are chosen randomly (with increasing probability as their staked ETH rises).

Proof-of-stake is not perfect, however. Criticism centres around governance and centralisation. If only a few entities make up a substantial proportion of the total amount staked, there could be a risk of centralisation. Aside from that, PoW is also more battle-tested, having been the backbone of bitcoin – the largest and most widely known cryptocurrency – since its inception.

A 51% Attack – The Potential PoS Weakness

One of the proof of stake disadvantages is a 51% attack. This occurs when a group of miners control more than 50% of a network’s aggregate hash rate. This allows them to control the network and monopolise the mining of new blocks. Such an attack still presents a risk in PoS, except it would require owning over 50% of the total value staked. This is arguably more practical than being able to control over 50% of the hash rate of a PoW cryptocurrency.

However, a 51% attack is unlikely to materialise with a cryptocurrency like ethereum for several reasons. Firstly, the total value staked is currently around $35bn, so a 51% attack would require someone (or a group of malicious entities) to own over $17.5bn in staked ETH – that is a lot of money. Secondly, such an attack would likely have a negative impact on the value of ETH and there is little incentive for someone to ruin the value of a currency in which they have such a large stake.

Which Cryptocurrencies Use Proof of Stake?

PoS is becoming more popular among cryptocurrencies, and some of the largest coins by market cap already implement it. This includes Solana (SOL), Cardano (ADA), Algorand (ALGO), Tezos (XTZ), and CELO (CELO). Ethereum will be switching to proof of stake after the Merge in Q2 2022.

Another recent concept to emerge from the staking vs mining debate is pure proof of stake. This is a variation of PoS in which validators are not chosen to participate only according to how much of the underlying cryptocurrency they own. They are also chosen through random selection. Pure proof of stake is currently specific to the Algorand Blockchain.

The ethereum merge is the transition of the ethereum blockchain from proof of work to proof of stake. It is a fundamental overhaul of the network, which would be significantly more energy efficient. Skeptics, however, argue that PoS means it could be less secure. The ETH merge is expected to happen in Q3/Q4 2022, with the process apparently in the final stages.

→ Does ethereum use proof of stake?

Ethereum currently uses proof-of work, but it will switch to proof-of-stake after the Merge in the second quarter of 2022.

→ How does proof of stake work?

Proof-of-stake works by having entities stake a significant number of coins to become network validators. Validators are selected at random, with those that have a higher total staked value more likely to be chosen to create the next block.

→ Will bitcoin change to proof of stake?

It is possible, but very unlikely. It is complicated to switch from proof-of-work to proof-of-stake. Indeed, it has been years in the making for ethereum. For bitcoin, it would be even more complex given it is the largest cryptocurrency in the world by far.

→ What does PoS stand for?

The PoS abbreviation stands for proof of stake, which is an alternative consensus protocol to proof of work in the world of cryptocurrencies. Proof of stakes disadvantages include centralisation if only a few entities are stakers.

Outside crypto, the PoS abbreviation can stand for Point of Sale, so you might hear marketing specialists refers to ‘PoS data’. PoS also has another meaning in slang!

Does proof of stake lead to centralization?

There is a risk that PoS leads to centralization because this system favours agents with a higher amount of tokens over those with lower amounts. The bigger stakeholders would therefore lead to larger profit margins and a greater share of the market. A larger stakeholder grows faster than a slow one, leading to centralization as smaller players drop out.