Welcome to the new format for curated content. We’ve expanded our selection to cover more topics but for the sake of brevity we have shortened our summaries and interpretations. Hopefully, you’ll like the new style. Make sure to scroll to the bottom to see our fun chart.

A Perspective on Secular Bull and Bear Markets (Jill Mislinkski, 4 min read) Looks at secular bull and bear markets in US equities. Finds that secular bear years make up 40% of years, that current rally looks extended and the ratio of peak earners to elderly population is turning down. Bearish stocks.

Central Banking’s Bankrupt Narrative (Project Syndicate, 4 min read) Prof Roger Farmer argues that aside from monetary policy not working, fiscal policy will also be ineffective. Instead, he argues that recessions are caused by asset market crashes and so policy should focus on that.

Estimating the economic impact of a wealth tax (Brookings, 3 min read) Makes the case for a wealth tax on the top 0.1% of Americans (see chart). Argues that it is more likely to work compared to other attempts in Europe which had a broader target. This is gathering support from various Democrat Presidential candidate.

ECB corporate QE and the loan supply to bank-dependent firms (ECB, working paper) – The central bank finds that corporate QE did increase bank lending. This suggests the ECB will restart such programmes soon. 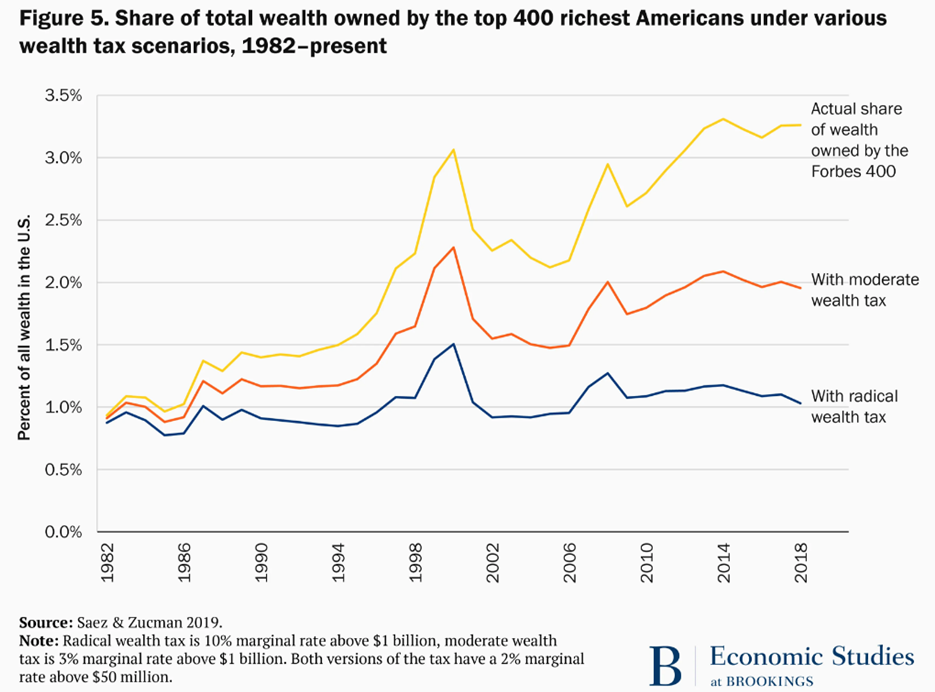 The Inflation Conundrum in Advanced Economies and a Way Out (BIS, working paper) Cross-country study finds that an ageing workforce, crisis scars on workers and the ‘uberisation’ of the labour market imply more slack and less inflation pressures. BIS also argues for fiscal policy rather monetary actions.

Replacing LIBOR (Money and Banking, 8 min read) LIBOR will cease at the end of 2021. This piece raises concerns around the lack of clarity around how many contracts referencing LIBOR have fallback language for the switch. Could pose a systemic risk at some point.

3 Shockers from Yesterday’s RPI Plans (M&G investments, 2 min read) UK inflation-linked bonds will soon RPI inflation measure to the CPI measure. Biggest shocker is that linkers maturing beyond 2030 are at risk of having RPI calculations changed at the discretion of statisticians not the Chancellor.

Satellite Data Economics, Night Lights, and More (Conversable Economist, 3 min read) Useful blog that touches on and contains references on how satellite data can be used to measure growth. 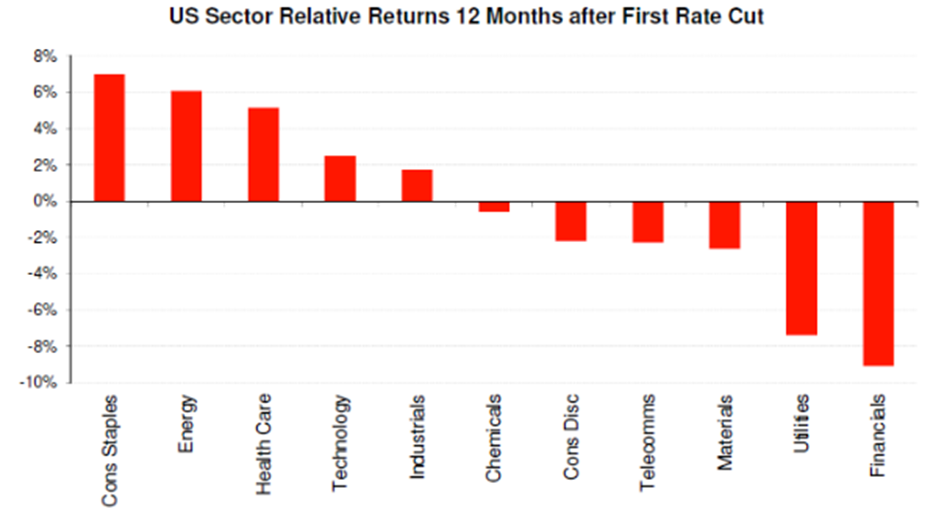 Can Presidents Block Investment in China? (Council on Foreign Relations, 4 min read). Apparently Trump could use International Emergency Economic Powers Act of 1977 (IEEPA) to prevent US companies from making future investments in China. He could also use it to make it harder to continue to do business in China.

China to Take Targeted Measures for Steady Economic Growth (State Council, 2 min read) Official announcement that RRR cuts are their way. Credit has been surprisingly lacking this year, so this could provide a boost. Bullish for risk markets.

The Background to HK Turmoil (Xinhua, 4 min read). The op-ed was written in Chinese and argues that unrest in HK was caused by the increase living expenses for HK residents, the inability to afford housing, lack of upward mobility and the inability of the local government to respond to requests from the public.

Hong Kong Leader Carrie Lam to Withdraw Extradition Bill That Sparked Protests (WSJ, 5 min read) Withdrawing the bill no longer the top priority among the “five demands” from the Hong Kong protesters – the top one is holding to account the police officers attacking protesters. Doubt this will ever happen!

Where World Leaders Were Educated US and UK come out on top. Surprised that Russia comes in at #4 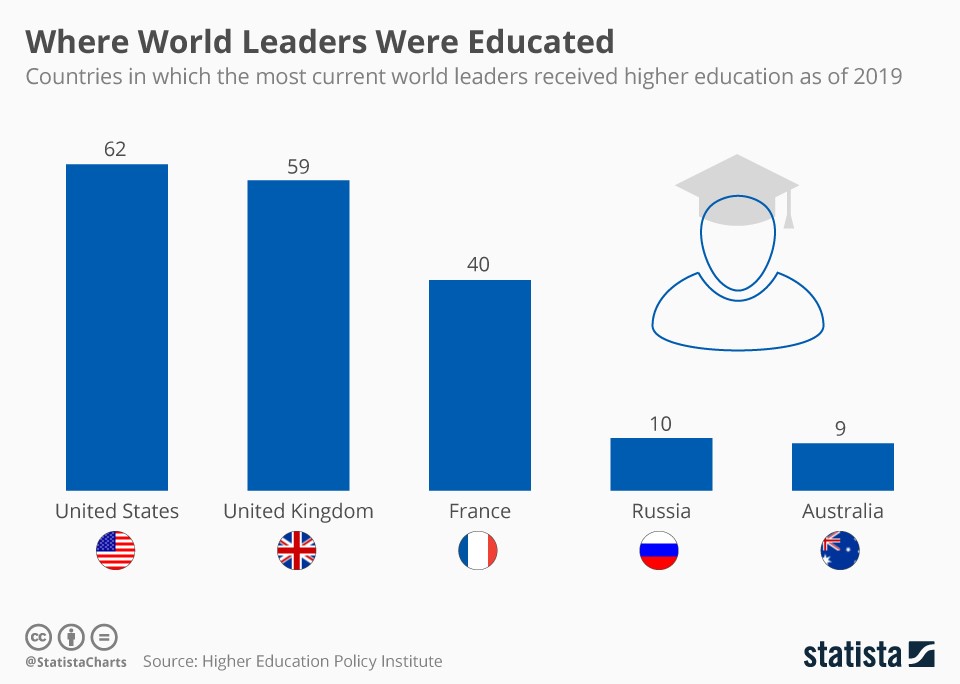