The market collapse yesterday was historic and it’s likely to be the sign of things to come. We’ve updated our US recession indicators to see what odds various segments are placing for the US – the results are surprising.

On to our podcast playlist, we feature asset manager Franklin Templeton’s fairly sanguine assessment on the impact of the coronavirus on global growth and equities. For a more bearish take, we have VoxEU give the views of leading academics and policymakers. They see the coronavirus as a structural shock with long-term consequences from de-globalisation. Finally, we feature Goldman’s view on the oil collapse. They are looking for oil to bounce back to $55 in the coming year or two.

• After the market crash, prediction markets have sharply increased their odds of a US recession. They now have it at 71%.

• However, the Fed’s favourite model to extract the market’s implied probability of a recession, the yield curve, actually shows the odds have fallen to 18%! Essentially, a steepening curve helped by Fed actions implies lower recession odds. 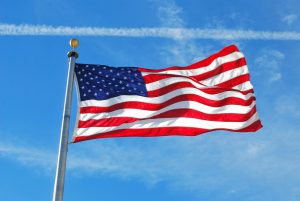 • Meanwhile, the consensus of economists kept their odds of a US recession at 25%. I also tracked how the consensus forecasts for US growth in 2020 have evolved over the year. At the start of the year, economists had growth pencilled in at 1.8%. Today, they have it at 1.8%. No change so far. 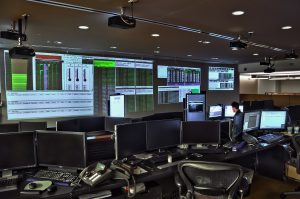 • Franklin Templeton’s Multi-Asset Solutions team discuss how to play the heightened market volatility from the coronavirus and the oil shock.

• Their base case (60% probability) remains reasonably optimistic with only a mild U-shaped recession, moderate growth in virus cases and peak infections at end Q2. Mortality rate remains around 1% and global growth slows to 2.4% in this scenario.

• Markets are reacting to sentiment shifts and this is exacerbated by stretched valuations. Franklin continues to see a positive medium and long-term outlook for stocks, and more so than rates or cash. Although they do think a few more months of volatility remains ahead.

• Oil price drops are now a mixed blessing for the US given its status as a larger producer.

• Still good for consumers but can mean job losses in production, particularly fracking. Given the sector is largely debt financed stress here could translate into turmoil elsewhere in the credit markets.

Why does this matter? Franklin’s relatively upbeat forecasts could represent the consensus of investors. If so, this suggests there could be more downside in markets.

• Editors from VoxEU talk about the new eBook on the economics of the coronavirus written by leading academics and policymakers. And the prognosis is not good. 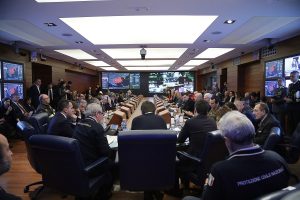 • One key difference in this pandemic is that COVID-19 is hitting the largest economies whereas earlier pandemics hit either one big or a few small economies. The 10 hardest hit countries from coronavirus are almost identical to 10 largest countries in the world leaving vastly larger economic consequences.

• Manufacturing is facing a triple hit. First channel is the supply affect from factory closures, (unlike services you can’t run factories remotely). This is amplified by the integrated nature of global value chains which creates contagion in the supply chain. Asia’s dominance in producing intermediate goods makes this worse. Finally, the demand shock also hit manufacturing as consumer goods purchases are postponed.

• Containment measures act as a huge multiplier of economic loss. But with no vaccine or cure quarantines and travel bans are the best way to limit the spread of COVID-19 and to slow virus transmission. Health systems will otherwise be overwhelmed.

• Overall shock from coronavirus may not be temporary. De-globalisation through re-shoring, regulators may incorporate pandemic stress tests in the financial sector, potential changes to labour mobility and migration.

• Government policy should be to keep the lights on and cash flowing. Fiscal policy is clearly the weapon of choice. Must be coordinated to be most effective.

• Monetary easing should also be coordinated to avoid beggar-thy-neighbour policies.

• But Europe might act differently in crisis and could yet come together. Examples of possible join response include any decision to expand common instruments such as the solidarity (disaster) fund.

Why does this matter? This pessimistic take suggests deep economic losses and further weakness across financial markets. The comparison on the top 10 largest economies with the 10 countries hit hardest by the virus is sobering. As is the mention of the huge economic cost should Schengen’s open borders be closed. De-globalisation implies efficiency losses on the production side while at the same time failing to shield supply chains from future disruption given the virus is global. 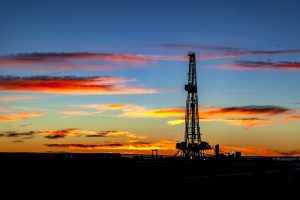 After A Sharp Drop In Prices, What’s Next For Oil? (Exchanges at Goldman Sachs, 14 min listen)

• Goldman’s global head of Commodities Research Jeff Currie gives his take on this week’s turmoil in the oil market.

• The coronavirus and oil price war between Saudi and Russia are not two new separate things, the price war can instead be thought of as a second-round effect of the virus.

• Saudi most likely opted to cut prices now because; 1) balance sheets of US oil producers are already damaged by demand weakness related to the coronavirus making it now easier to hurt producers 2) US sanctions on have had a substantial impact on Russia (Nordstream and Rosneft), particularly for gas. 3) Russia did not like the ultimatum Saudi imposed with the hoped-for production cut.

• Currie view this not as a price war, instead it’s more a market share strategy.

• Energy stocks have now lost nearly two decades in gains and investors are asking when they should buy. Currie thinks it’s too early on oil (given negative carry) but energy stocks have high dividends to protect from further downside.

• Goldman sees this as a new oil order, low cost producers have an economic incentive to increase production to gain market share.

• In contrast, the economics of a production cut do not make sense. Shareholders have paid the price for earlier production cuts.

• Goldman sees $30/b on Brent for the coming quarters then rising steadily from Q4, reaching $55 by Q4 next year. Inventory build-up in Q2 and Q3 keep prices subdued but as this starts to decline prices start to recover.

• Energy markets go through three phases; survival, inflection, regeneration. We saw the survival phase in 2014. Current inflection phase expected from Q4 and will see the most volatility in prices and a flattening of curve in this period. Then we move to regeneration phase with needed restructuring.

• What’s different this time is that the rebalancing / regeneration phase after the 2014 price decline was stopped short due to stimulus from China, OPEC production cuts and fiscal stimulus in US. Markets failed to rebalance and too much capital remained in the sector.

• Economics behind market share strategy are sounder than economics of production cuts. Any agreement to limit production is therefore not necessarily bullish.

• Oil market is witnessing a structural shift. A price war is easier to win in a weak demand environment and rebalancing is inevitable.

Why does this matter? Investment spending will be sharply curtailed, and bankruptcies and job losses are increasingly likely in shale with breakeven prices generally much higher than spot. This will offset the positives from a lower oil price for US consumers. While the impact will be concentrated in a few US states rising defaults by highly-leveraged shale companies could lead to wider stress in the US credit market.