The price of oil rose by the most in a single day for almost 30 years on Monday, after an attack on Saudi Arabia’s oil infrastructure threatened to limit the world’s supply. Addressing this, I wrote a piece on why markets are pricing the spike to be temporary. We also feature a podcast with energy expert Anas Alhajji delving into OPEC, Saudi’s sudden change of energy minister, and Aramco’s IPO on hold.

Next up, CEO of Gavekal Research Louis-Vincent Gave comments on the current market dichotomy between stocks and bonds. He sees most developed currencies as overvalued, fuelled by Central Bank dovishness, and he advocates gold as a solid bet. On a similar note, we think First Republic PWM Chief Investment Officer Christopher Wolfe’s bearishness on overvalued private stocks is worth a listen. He predicts a sizzling $8tn market in credit refinancing to be captured.

On books, we discuss Robert Shiller’s latest “Narrative Economics: How Stories Go Viral and Drive Major Economic Events“ – discussing stories as an emerging field set to gain momentum in markets. Could it be that a lot of the doom in finance is just a self-fulfilling prophecy?

Finally, we bring you a lesser-known party involved in the China-US trade war – Chinese Imperial bondholders, who are emerging to sweeten (or force) any potential agreements.

And if you are curious about how and why the first ever Monopoly board game was created to portray the evils of monopolistic capitalism, then check out my latest podcast. Now might be a good time to play again. 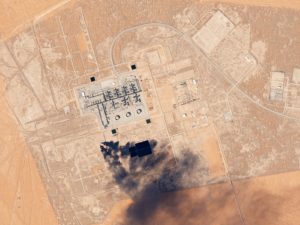 Dr. Anas Alhajji: Oil Market Update (Macro Voices, 27 min listen) In this episode, energy markets expert Dr. Anas Alhajji interprets recent structural changes in the upper echelon of Saudi Arabia that might impact the global oil market. He stressed that the essence of Saudi’s oil policies had not changed much, but that the country is indeed looking to implement a more diversified energy strategy and launch Aramco’s IPO. For this reason, Saudi appointed Prince Abdulaziz bin Salman as the new oil minister. The anchors then moved on to talk about the recent report from OPEC, which indicated the global oil demand for oil was weak and the demand for OPEC oil in particular was declining as well. Finally, they examined how former Trump advisor John Bolton’s dismissal and the re-introduction of Iranian oil into the global market might bring changes to the table.

Why does this matter? This podcast came out before the drone attack on Saudi’s oil production facilities during which they cut production, sending oil prices on a rally. But the drone attack could trigger a radical stress response from the oil market and lead to a spike in crude oil prices. These newly emerged tensions around the Middle East could also raise concerns about the security of global energy supply by throwing an even more unpredictable geopolitical risk into the mix. Finally, despite the anchors’ expectations of stabilization in the energy market for Aramco’s IPO, the current circumstances have certainly complicated the deal and the huge amount of interests involved. Worth listening for a comprehensive overview of the current energy dynamic. 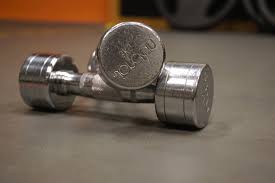 Louis-Vincent Gave: Last Week’s Dislocation Between Value and Growth (Macro Voices, 18 min listen) CEO of Gavekal Research, Louis-Vincent Gave sees a massive outperformance of growth stocks, tech stocks, and US stocks, all of which investors should be sensitive to. His clients are confused – the bond market indicates that the World is headed down, meanwhile stocks are doing well. He believes, however, that both stocks and bonds have given us the same message: we can rely on Central Banks to save the day and be ‘easy’, something which is reflected in valuations. Gave also discusses the rise of the dumbbell portfolio, whereas overvalued stocks are hedged with overvalued bonds. The third leg of the podcast is on the dollar – Gave comments that its path depends on market expectation of rate cuts. He sees every currency out there as priced to expect aggressive easing and he recommends owning CAD, GBP, and AUD as they are currently undervalued. Gold will remain in a structural bull market and might be worth buying next year.

Why does this matter? US equity investors are too bullish and bond investors too bearish, causing a dilemma and indicating that Central Bank easing might be overdone. Stocks that are sensitive to interest rates and yield are being pushed up as the 10-year US Treasury yield has dropped back down to 1.5%. And if the drop in yields reverses, as it did in early September, these overvalued sectors could decline significantly. 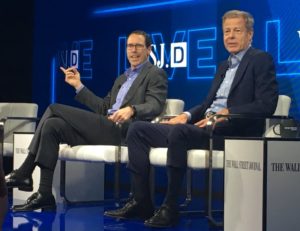 The “Liquification” of Private Markets is Underway (Bloomberg Markets P&L, 28 min listen) In this wide-ranging episode, Christopher Wolfe from First Republic Private Wealth Management talks about how equities in the US public market are now yielding lower returns, and how the low cost of money in the US has made investing in private interests a more lucrative practice. Then John Butler, TMT Analyst from Bloomberg Intelligence, argues that Elliot Management was looking for AT&T to get more focused on its strategic development after the Times Warner acquisition and the current conglomerate approach AT&T takes. Sakhila Mirza from the London Bullion Market Association explains how investors currently trade gold and other precious metal using different derivatives, as well as how these assets were priced. Finally, Rich Miller from Bloomberg News interpreted how US Presidential Candidate Elizabeth Warren’s ‘rich tax’ was using compounding interests to cause huge losses in the long run for the 1% in the United States.

Why does this matter? The current frenzy of having large sums of capital going into the private sector also implies a lack of new opportunities in the public space as well as the likelihood of excess cash going into businesses that should not be funded in the first place. The demand for a change in AT&T’s strategy did more than driving up its stock prices. It also affects how telecom giants alike would be optimizing their operation and business focuses going forward. Given the current and potential volatility in the global market, it is a reasonable move for more risk-averse investors to consider how to adjust their portfolios accordingly by changing the weight they place on precious metals. While the outcome of US Democrat presidential candidate is not yet clear, the implementation of radical tax schemes will post greater uncertainties on the capital flows between the US and the rest of the world. 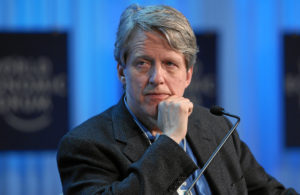 Narrative Economics (LSE Public Lectures and Events, 78 min listen) Robert Shiller, a leading economist and Nobel Laureate, introduces his incoming book and suggests that the worst field in the Social Sciences for incorporating narrative is Finance. According to Shiller, narratives are popular stories that affect individual and collective economic behaviour. They can spread across geographies and mutate over time, much like a contagious disease. Shiller believes that because of this, they can be quantified via epidemiology models. He gave the rise of Bitcoin as an example of a narrative, which he believes became popular purely due to the appeal and quality of its story. He believes it reignited an older anarchist narrative, where there is resentment for government and how people can function without them.

Why does this matter? Through the power of the self-fulfilling prophecy, viral narratives can hurt the economy. There are plenty of examples: the Laffer’s tax curve (which was invented in a restaurant) was widely used to form policy but turned out to be unfounded. Also, prior to the 1970s yield curve inversion was hardly spoken about, but every time it happened, a recession followed. This then led to an increase in the popularity of this indicator and it became a part the FED toolkit. Similarly, the surge in Oil prices this week after an attack on a Saudi crude facility can be attributed not just to how this creates supply scarcity but also how it evokes narratives of geopolitical risk. There’s much to be gained from Shiller’s work, and you can read more in this in-depth interview of the author. 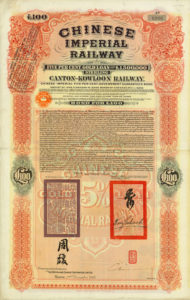 The Debt that Never Dies (The Indicator From Planet Money, 9 min listen) Bloomberg Journalist Tracey Alloway discusses a secret weapon that the US might deploy as the trade war with China intensifies. During their Imperial Dynasty, China enjoyed a lot of interest in bonds they issued to grow infrastructure, which they have never paid back. Many of these bonds were in default by 1938 and the People’s Republic of China has never recognised the debt. These bonds seem to have long been forgotten; however, there are a group of bond holders in the US who since 2001 have been pushing to receive payments. This group have been meeting with members of the Trump administration and it will be interesting to see what stance the President takes on this subject given his traditionally hard line against China on financial issues.

Why does this matter? Century-old Chinese bonds could become an unconventional weapon in the trade war, given the US is running out of things to tax. Adjusted for inflation, interest and other fees, they amount to around $1 trillion, perfectly covering Beijing’s holdings of US Treasury Bills. However, we doubt that China will ever recognize these bonds and triggering this old money will only result in more turbulence. Some have called this a ‘toddler’ move from Trump.