A big week for the ECB this week, and we have a podcast featuring recent Macro Hive contributor Juliette Declercq give her pessimistic take on their likely path. We have former advisor to Bank of England Mark Carney, Huw van Steenis, argue in another podcast that banks need to catch up with payments start-ups, especially in a low rates environment.

On the trade front, University of California’s Kadee Russ, explains how the Korea-US free trade agreement has had unintended consequences for US trade. We have a podcast on gold, where Vulpes Investment Management’s Grant William makes a bullish case. Then on politics, Professors Helen Thompson and Kenneth Armstrong run through the legality of various possible paths Prime Minister Boris Johnson could take on the path to Brexit.

Finally, if you are pondering whether attending a top university matters, I’ll give you an unexpected answer in my latest podcast. 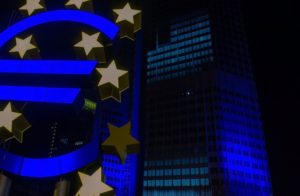 Juliette Declercq: What to Expect From the ECB on Thursday (Macro Voices, 16 min listen) In light of the incoming ECB meeting this Thursday, CEO of JDI Research and Macro Hive reader Juliette Declerq outlines her pessimistic view on Central Bank policy. As she points in her latest report, which we discussed last week, the prolonged period of extreme dovishness is damaging, with negative rates triggering a vicious cycle. Sovereign debt levels in the developed world are higher than pre-crisis, but the ratio of interest rates to GDP is much lower. Declercq predicts a new wave of stimulus, but given the exhaustion of monetary tools the ECB is likely to pass the bat to fiscal authorities, steepening the yield curve further. In other words, get fiscal or get a crisis.

Why does this matter? The Euro fell to a five-day low on Monday in anticipation of further stimulus on Thursday – either in the form of a cut in interest rates, or purchases of government bonds or other European assets. Perhaps both. Some analysts suggest the ECB will start buying euro zone equities, not just government bonds, in a new wave of QE. However, we see the Eurozone in better shape than generally portrayed, and given that previous stimulus has been lukewarm at best, further dovishness might be unjustified. 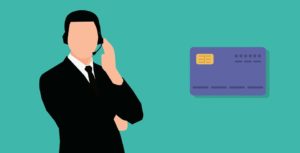 Huw van Steenis On What Central Banks Will Do Next (Odd Lots, 32 min listen) Continuing the discussion on Central Banks, Huw van Steenis, ex senior adviser to Mark Carney and incoming adviser to the CEO of UBS, dives into how policy will change in light of Carney’s speech at the Jackson Hole Symposium we previously discussed at Macro Hive. Van Steenis explains that the payments space is the battleground between banks and tech – the latter aggressively aiming to overtake the former. Carney rightfully suggested in his speech that the US dollar should be less significant as a global currency and could be replaced by a central bank-run digital currency similar to Facebook’s Libra. However, in a world of negative rates, bank profitability is squeezed and they simply don’t have such tech budgets, whereas VC-backed fintechs can sustain losses for 3 to 5 years. Furthermore, regulation is far from ready for a wide roll out. Towards the end of the podcast, van Steenis emphasises the need for Central Banks to step up their understanding and application of tech to make hefty regulatory processes leaner and cheaper.

Why does this matter? The combination of low to negative rates and tech disruptors are transforming the banking model as we know it. Negative rates work in a myriad of ways and hit banks’ top line, but at the same time commission income for wealth managers increases. It will be key for banks to maintain a lean model and M&A might become prominent. 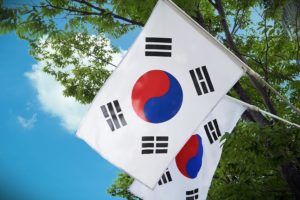 Trade Talks Episode 99: The Surprising Story of the US Trade Deficit with South Korea (Peterson Perspectives, 15 min listen) This podcast discusses a paper by Kadee Russ, from the University of California Davis, titled ‘Trade diversion and Trade deficit: the case of the Korea-US free trade agreement’. The paper questions whether KORUS, the 2012 trade deal reducing tariffs on imports and exports between the two countries, had wider implications for the wider trade deficit occurring in the US. The paper discovers that US imports reduced from countries other than South Korea by the same amount that the US bilateral trade deficit with South Korea was widening by 2014. This would imply that imports were being diverted from other countries to South Korea. The question is, could this have happened without the trade deal? Russ persuades Keynes and Bown that KORUS did not seem to add through its tariff changes to the US trade deficit. Rather, the trade deficit is due to macro fundamentals.

Why does this matter? The Trump administration is currently trying to reduce this bilateral trade deficit and it is now essential to question how important KORUS really is in the US’s current trade surplus. Yet, there are trade models that argue that aggregate trade deficits will not necessarily change due to changes in tariffs. 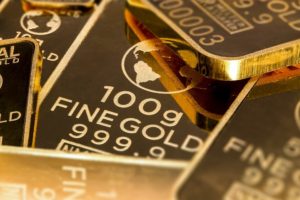 Gold’s Rise has Just Begun (Macro Voices, 87 min listen) Strategy advisor to Vulpes Investment Management Grant William argues that outlook for gold is still bullish despite the recent rally of 30% in recent months. One bull signal they find quite intriguing was that despite dollar index gaining momentum, gold still held up well. Historically, dollar and gold both rising together has only happened amidst the aftermath of recession or financial crisis. William predicts that 10 Year US treasury may yield 1% going forward and globally negative-yielding debt may pile up more. As a result, opportunity cost (the cost of the next best alternative) decreases. They are therefore seeing increased preference for gold, which includes high profile investors like Ray Dalio and Paul Tudor Jones. He also considers whether Modern Monetary Theory (MMT), if directed towards real economy (Equity and Real Estate), could be more effective rather than when solely projected towards the bond market, which they believe has created a bubble.

Why does this matter? According to William, allocating gold relative to currency in a portfolio makes sense in the current environment. Similarly, just like any currency, gold is a liquid asset and it doesn’t have a counterparty risk associated with it. An equity-only portfolio can gain exposure through mining sector ETF as well. Based on their view, the recent rally in gold is just the beginning of a huge upside in gold, and they recommend accumulation of gold on dips. 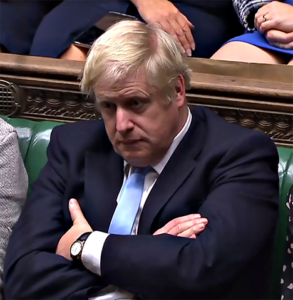 Is It Legal? (Talking Politics, 47 min listen) In this episode, Cambridge University Professors Helen Thompson and Kenneth Armstrong share their views on the Johnson government’s cases for prorogation. Both argued that the call for prorogation tested the effectiveness of ‘checks and balances’ within the British government as it demonstrated how the executive and the legislature may limit the power of each other. Thompson saw this series of attempts from the Johnson government as an effort to exit the EU in an orderly fashion, and suggests that the public was dubious about Johnson’s promise of actually getting a deal. Both professors also recognized that despite constant arguments over a new general election, there was a lack of consensus among the opposing forces in parliament. As such the current government is unable to achieve its political agenda, but an effective replacement of the current government is not a viable option in the short run either. With everyone trying to tie each other’s hands, neither professor is hopeful that anything constructive will be done.

Why does this matter? A dramatic week in UK politics has skewed near-term risks for the pound to the upside with evidence that we might avoid a no-deal Brexit on 31 October. A possible three-month delay is offering further relief to sterling across the board. However, another defeat for Johnson this morning is adding more question marks.

By Bilal Hafeez | Aug 11, 2020
We were delighted to have serving Governor…

By Bilal Hafeez | Aug 11, 2020
We were delighted to have serving Governor…