This week my selected podcasts look in depth at the troubling political landscape. In particular, through our first two pieces, we track the escalating protests in Hong Kong. The first provides an essential background to the recent protests; the second briefs you on the Tiananmen Square protest of 1989. Together the podcasts explore the comparability of the two protests and give clues as to how the most recent one might evolve. Should it follow the Tiananmen template, then we could see a reversal of reformist policies that could negatively impact Asian markets.

Remaining in Asia, our third podcast reveals some important insights from a long-time US political expert on India and China. As well as providing context for the current US and China tussle, he also discusses the relations between the US and India, which are complicated by India’s ties with Iran and Russia. Rounding off the politics, I have a podcast discussing the recent polling on Trump. This shows him lagging behind Biden in key swing states for the upcoming 2020 election.

The two other podcasts I feature include the former UK Prime Minister Tony Blair talking tech and regulation – surprisingly insightful. I have then linked one that discusses why today is the golden era for short-selling stocks (rich valuations, lax regulations, and cov-lite leverage loans). And if you fancy a bit of football, check out my latest podcast on The Leadership Secrets Of Football Legend Alex Ferguson. 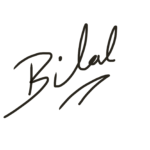 I’ve paired these podcasts to provide context for the recent HK protests. The first, Why Hong Kong Is Still Protesting (The Daily, 23 min), runs through the events that led to approximately one in seven Hong Kong residents protesting in the streets this past weekend. It started a year ago, with an incident in Taiwan that led to the need for an extradition treaty between HK and Taiwan. This, in turn, resulted in a wholesale review of HK’s extradition treaties with all countries including China.  Hong Kong residents see an extradition treaty with China as a loss of independence and have reacted with protests.

The parallels with the Tiananmen Square protests in 1989 bring us to the second podcast, which features an interview with one of the now exiled student leaders of the Tiananmen protests:  A student leader 30 years after Tiananmen: Wu’er Kaixi reflects on the movement (Sinica, 1hr 22 min). The first hour of the podcast describes the lead up to the protests. One point stands out in particular: the Chinese student protesters took much inspiration from other democratic movements of the time, such as Poland’s Solidarity movement and Gorbachev’s perestroika and glasnost reforms. One difference today, then, is that the international trend is if anything towards more authoritarianism, rather than liberal democracy, so there may be less international inspiration to sustain the latest protests.

Nevertheless, the echoes of Tiananmen and the connection with Taiwan has got many observers concerned that this could be a tipping point for China to clamp down on reformist measures and turn more inwards. Should the more negative scenario emerge, then this could impact negatively impact capital flows to the country and create market volatility.

The Fine Art of Short-Selling (What Goes Up, 32 min). Interviews two successful activist and short- selling investors. They find that targeting medium-sized companies is a more attractive investment strategy compared to large targets like Tesla or Herbalife. This, they suggest, is because smaller companies are less researched, have fewer shorts, and have less well-known bearish cases. They believe it is the golden age for shorting stocks as valuations are so rich. Added to this, the frequency of fraudulent corporate activity is increasing as there is less enforcement of regulations by the Environmental Protection Agency (EPA)and the SEC. Moreover, many segments of the financial system, such as leveraged loans, are unregulated and there are growing concerns around the lack of covenants in such loans.

Former British Prime Minister, Tony Blair, talks tech with partners of the venture capital fund Andreessen Horowitz. Surprisingly, Blair is more knowledgeable than you might imagine. Together, they cover the unintended consequences of tech regulation like Europe’s General Data Protection Regulation (GDPR), which, like post-2008 financial regulation, has entrenched the big players. Around twenty minutes in, Blair gives some political insights on how the money and power of big tech mask their vulnerability to shifts in sentiment. There is a need to make the case to the public on how tech can help society and also to reach out to those currently unconnected to the tech world.

Kiddie Pools and 2020 Polls (The Pollsters, 1 hr). The best parts are between five and forty minutes. The Pollsters discuss the recently leaked internal polling figures on Trump. This showed him behind Biden in key swing states such as Michigan, Wisconsin and Pennsylvania. In a nuanced point, the hosts argue that we should be cautious when extrapolating predictions from this, since Obama was also behind at a similar stage. Moreover, the Democrats will face an increased level of attack once they pick their candidate. Take particular note of the discussion on specific policy issues – Trump and the Republicans appear to fare better.

There’s also a reference to some polling data on the US and UK from British pollster, Lord Ashcroft, which shows a shift of support towards Republicans and Conservatives from individuals with high economic security to low economic security and the opposite for the Democrats and Labour. What hasn’t changed is that low diversity segments support the Republicans/Conservatives and high diversity segments support Democrats/Labour. Ashcroft’s analysis can be found here.

Tellis is an expert on Asia and a former advisor to the US ambassador to India. He argues that the US made China as we know it today, partly as an offset to the USSR. Then, during the Bush years, the US took its eyes off China’s rise while it was preoccupied with Iraq. He believes we are currently living in a bipolar world, with the US and China as the two dominant powers Tellis also notes that recent US polling finds that Midwestern states such as Ohio are more pro-trade than Trump’s rhetoric would suggest.

Around the 20min mark he discusses the cautious US-India relationship. I didn’t realise this, but India has strong ties with Iran partly to allow access to Afghanistan. India also has good relations with Russia having recently bought S-400 missiles from them. These relationships could make it difficult for India to fully align itself with the US. It may also explain why at times the current US administration has attacked India by for example including India on its watch list for currency manipulators.