With the pound hitting three year lows on the dual risks of a hard Brexit and a general election, I’ve written a quick update addressing the situation in the UK. As for our podcast picks, we have one on Brexit where Deutsche Banks’ Oliver Harvey is looking for a possible move in EUR/GBP to parity. We also have Danske Bank’s chief economist talking about Sweden in the context of Brexit and broader European weakness. He’s looking for the Riksbank to cut rates sooner than many expect.

Outside of Europe, our third podcast discusses the US Treasury Secretary’s proposal for a century bond. Europe has been doing this for a while, and if recent history is any guide then investors may not warm to the idea of the US following that path. Next, we have former Fed advisor Danielle DiMartino-Booth arguing that monetary policy pushing rates to negative territory may be recessionary.

If you’ve ever wondered what some of the big economic thinkers believed individuals needed to do to drive economic growth, then listen to my latest podcast. I talk about frugal process people, disrupting entrepreneurs, and venture capitalists. 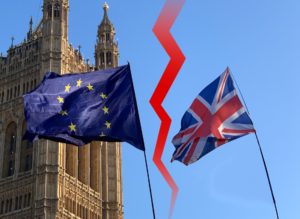 Brexit Update: Constitutional Warfare (Podzept – with Deutsche Bank Research, 13 min listen) A comprehensive overview of the latest on Brexit by Deutsche Macro Strategist Oliver Harvey. The UK Parliament has been suspended for five weeks until the end of October, meaning it has little opportunity to block a no-deal Brexit proposal. Parliament will attempt to legislate and prevent a no-deal or, i.e., pass a law to require the government to extend Article 50 (which has happened before, earlier this year), or bring Johnson down through motion of no confidence. Through the latter, there is a two-week opportunity to agree on a caretaker government. Deutsche views EUR/GBP under a no-deal jumping above parity and some equities with international exposure might be hurt by a pound slump. Harvey puts a 50% probability of a no-deal happening.

Why does this matter? This morning the pound slumped to its lowest levels since the 2016 flash crash, dropping as much as 0.62% after Johnson threatened to call an election on 14th October. Brexit is clearly hurting the UK, but other European countries are seeing tangible impacts – Sweden (see below) and Germany, whose dependence on exports closely tracks the ups and downs of Brexit. 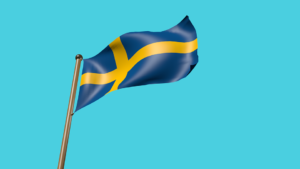 Riksbank Set To Support a Weaker SEK, Steeper Curves (Macro Strategy Views, 21 min listen) In this podcast the Chief Economist at Danske Bank, Michael Grahn, explains why the Swedish economy might be facing the ‘perfect storm’ of European export backdrop due to Brexit and recessionary signals in Germany, together with slowing domestic demand and inflation. Danske’s predicts a reversal of Riskbank’s rate hike in February or earlier, reaching -0.75%. Grahn, however, explains that rates shouldn’t drop any further, or they would hit smaller entrepreneurs and consumers harshly. The outlook for the Krona remains weak.

Why does this matter? Sweden is a small, open economy reliant on global trade and so the trade wars combined with a weakened Europe does not bode well for the SEK. Even after Riskbank’s rate hike at the end of 2018, SEK offers the lowest and most negative real yield among G10 currencies. We don’t see a recession looming, but Sweden is joining the Eurozone club of a deepening cool-down with rock-bottom interest rates. 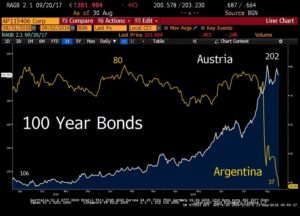 100-Year Bonds Could Alter How Rate Risk Is Traded (P&L With Paul Sweeney and Lisa Abramowicz, 32 min listen) Marcus Ashworth, Bloomberg Opinion columnist covering European markets, explains the risk that comes with issuing 50- or 100- year bonds which lock the current low rates for a lengthy period: they kill liquidity and are highly sensitive to interest rate fluctuations (we discuss more in the next podcast). However, the hunt for yield has already enticed a number of European countries. Following Ashworth’s discussion, Deepak Puri, Americas CIO at Deutsche Bank Wealth Management, highlights cautiousness going into the next quarter as bond yields sink from their previous highs. He is bullish on equities long-term, however, due to strong corporate earnings. Midway through the podcast the discussion switches to art as the best investment for 2018 – it was up 10.6%. Art collector Harvey Manes advocates portfolio diversification with pieces by up-and-coming artists, which are currently cheap but likely to surge. Finally, the podcast ends with predictions about Hurricane Dorian: instead of insurance giants, it is the smaller regional insurers that will be most impacted.

Why does this matter? Stubbornly low rates have pushed countries like Austria to sell century bonds earlier this year with a mere 1.2% yield. Even serial defaulter Argentina sold a 100-year bond in 2017. Some investors like pension funds are favouring the rate-sensitive bonds, assuming they are protected against inflation and they are able to match the duration of their assets and liabilities. In general, we don’t see investors queuing for these bonds, but they might be forced into safety. 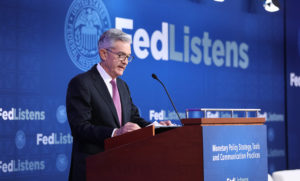 Danielle DiMartino-Booth and Peter Boockvar on the Future of Monetary Policy (Macro Voices, 62 min listen) A panel consisting of Chief Investment Strategist Peter Boockvar, Danielle Booth, and Patrick Ceresna debates whether Modern Monetary Policy (MMP) may lead to financial repression going forward. The panel is concerned that while MMP did promote inflation, it did so in the wrong place: asset prices. Markets and central banks are not well equipped to deal with inflationary pressure or, in the worst case, stagflation. This is mainly because bond markets are in a bubble (inflation can increase duration risk) and they see a limited arsenal left for reducing interest rates further. The panellists unanimously agree that MMP, instead of igniting growth in fact represses it. For example, if interest rates become negative enough, instead of generating risk-free return it taxes savers who in turn begin to hoard, resulting in economic repression as consumption, production, and investment fall simultaneously.

Why does this matter? We agree with the panel that an environment of ineffective monetary policy, the dollar’s fading status as the global currency, and real interest rates entering the negative are affecting the recent rally in gold and their suggestion that investors should accumulate gold at dips.

What’s Next for Blockchain? (Techtrends, 20 min listen) According to Christine Moy from J.P. Morgan’s centre of blockchain excellence, the bank and many businesses are currently focusing on the application of private blockchain technology where users are required to have a certain level of identification to join and pledge to abide by certain standards. One major commercial use of private blockchain is streamlining an entity’s back office operations. The discussion then moves on to JPM Coin, a non-cryptocurrency initiative that’s expected to facilitate direct, seamless transactions between corporate clients with the application of blockchain technology. Recently, the bank successfully conducted a cross-border, cross-currency, and cross-blockchain experiment between the central banks of Singapore and Canada to swap currencies with the help of the coin. Moy also quoted Marc Andresen, the founder of the first Web browser, to validate blockchain’s application potentials by comparing its current status to the internet in the early 1990s. Moy then concludes that blockchain can be expected to function as an ‘internet of values’ for both individuals and businesses to create and transfer value.

Why does this matter? The market has been obsessed with blockchain and cryptocurrency over the past couple of years. Many of the participants in this frenzy were not solidifying the values that blockchain could potentially create other than generating a bubble. We believe the focus instead should be on how blockchain, especially the relatively niche ‘private blockchain,’ could help global business entities with their operations by cutting costs through a more streamlined, trust-verified process.