Welcome to our new biweekly Deep Dive newsletter. As the name suggests, this is where we pick out, summarise, and explain a selection of the best academic papers, books, and market concepts currently out there.

For our first, we break down an extensive recent academic paper written by quant fund AQR’s Antti Ilmanen and his colleagues. Ilmanen stress tests some of the most prevalent factor trading rules like value, carry, and momentum across multiple asset classes and going back over century.

I also provide a summary of Harvard economist Dani Rodrik’s recent book, Straight Talk on Trade. Rodrik was one of the first economists to predict the backlash against globalisation. His book is bristling with ideas and I draw out the most relevant ones for our time.

Finally, we have a former equity derivative trader give a layman’s explanation of what gamma is in the options markets. You’ll be fluent in one of the Greeks by the end of it. 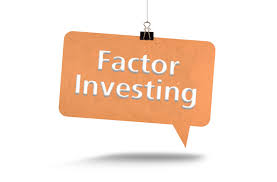 Factor Premia: The Best Long-Term Investment Strategy? (5 min read) The holy grail of financial market investing is to find investment or trading rules that consistently make money over time. And while no one has found a rule that always avoids losses, some rules do better than others.

The simplest profitable strategy is to go long in asset market like equities or bonds. This type of return is known as beta. After this, the most widely known, profitable strategies relate to factors or factor premia. These are trading rules that have been shown to be profitable over long stretches of time and have developed academic support. Four common ones that can applied to several different markets are value, momentum, carry, and defensive.

But what are the benefits of each? And do any have serious pitfalls? Here, we take a look at an academic paper recently published by researchers from the quantitative hedge fund AQR to find some answers. 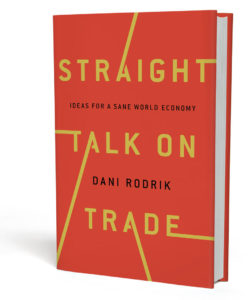 The Post-Globalisation Economic Model (4 min read) Harvard economist Dani Rodrik was one of the earliest sceptics of globalisation. He’s best known for coining his ‘trilemma’ for the world economy, which he stated as:

‘…democracy, national sovereignty and global economic integration are mutually incompatible: we can combine any two of the three, but never have all three simultaneously and in full’.

His key insight was that a pursuit of hyper-globalisation – that is, selecting policies that favour the integration of economies – would lead to an erosion of either democracy (politics moves to a federal level, as in the EU), or the nation state (wherein domestic interests are subordinated). In identifying this ‘trilemma’, he was arguably prescient of the current populist backlash against globalisation. 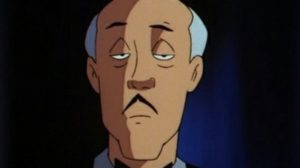 Gamma, Gamma, Gamma: A Move after Midnight (6 min read) With the S&P 500 and almost every other major index at critical junctures, loading up on gamma could be a smart move. But what is it? 25 years ago you might’ve gotten away without knowing. But the so called ‘Greeks’ (the risk parameters used in option trading) have outgrown their infant shoes and are no longer regarded as an exotic pastime. In fact, even seasoned speculators have come to terms with them.

Well, owning gamma is like employing a high-end butler – it’s the Alfred to Bruce Wayne. He’s always there when you need him, no questions asked, with the champagne for the guests and the escape route for Batman. The only downside is cost of his services. So you’d better make use of him.